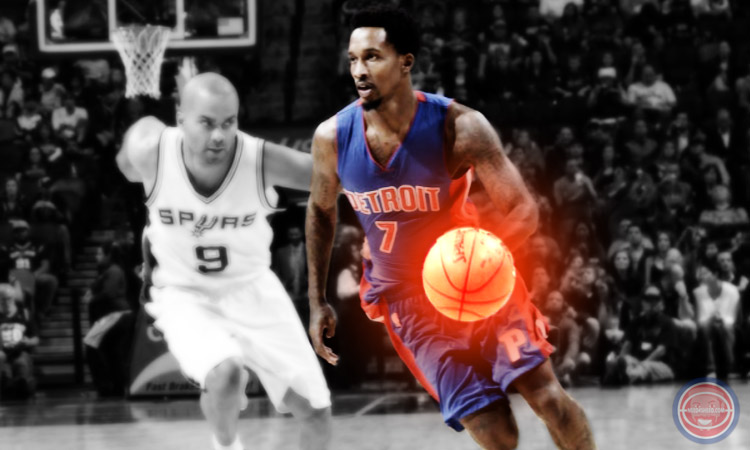 Wake up hibernating #Pistons fans, it’s time to get yourself on the bandwagon again. Detroit has won a surprising six games in a row, none more exciting than the 105-104 last second win against the Championship Spurs.

What’s not surprising is the fact that this team did a 180 as soon as Josh Smith was handed his pink slip.

I’m not going to take away from how the Pistons have played since Smith was gone. Detroit is playing like Supermen and it seems as though Josh was truly their Kryptonite. This team looks like a team for the first time in a very long time. Brandon Jennings is smiling and making plays. DJ Augusin is making it hard not to give him more minutes. Jodie Meeks is healthy and playing well. Andre Drummond is looking like the player he was last year and the duo of Drummond and Monroe down low are making opposing teams think twice about driving the paint.

You can even see more fire in Stan Van Gundy (if possible). He even dropped an F Bomb on in the huddle Tuesday night when the Spurs had one tenth of a second left on the clock.

“The only thing they have enough time to do is tip it in. Form a fucking wall!”

I’m not going to deny that I was more than thrilled to see Smith go. In fact I was called a bad fan for things like this. To those people who couldn’t see what most of us did when Smith was on the floor, do you see the light now?

This team is having fun, enjoying playing, and loving winning. You can’t ask for much more from a team that looked like it was headed for a reincarnation of a “teal” team.

The last time I was at the Palace I had to withstand watching Toronto Raptors fans overrun the Palace, chant MVP and make me feel like I was in Canada not Auburn Hills. If someone like that left the Palace with a bad taste in their mouth, I can only imagine how demoralizing it was for the team.

I’m truly happy right now for the turnaround, and am actually look forward to having fun watching the team again.