Things I’d rahther do instead of watch The Detroit Pistons 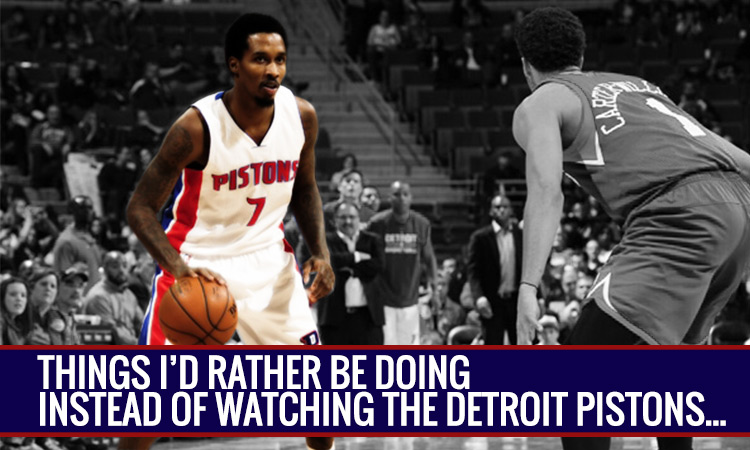 Any #Pistons fan can tell you that this so-called “Season of Hope” has turned into a demoralizing joke. The straw that broke the proverbial camel’s back for me happened Saturday night when Detroit couldn’t muster enough strength to beat a team that is OPENLY TANKING. After the Sixers loss I’ve decided there are so many things I’d rather do than watch The Detroit Pistons play basketball.

So I jotted down a few notes.

I think I’ll be adding to the list as this season goes on. The only thing I wouldn’t want to be doing is be in Stan Van Gundy’s shoes.

Back to today’s programming. Kim Kardashian speaks to Pistons fans who actually have faith in a Detroit turnaround.