Like it or not we have a Branond Jennings situation 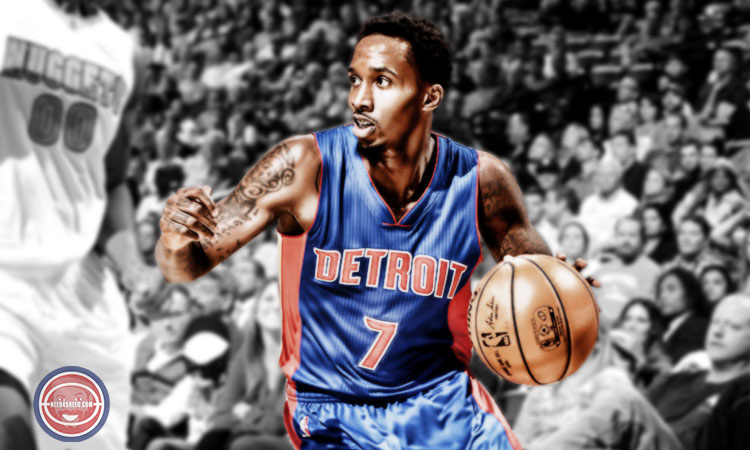 Just two games into the Pistons season it looks Stan Van Gundy has more issues that he would like. In the Pistons opener in Denver Van Gundy subbed out Jennings for a more productive and active D.J. Augistin.  Post game quotes from Jennings reveal a “baffled” and somewhat upset Jennings who didn’t know why he played only 20 minutes.

“A little surprising, it never happened before in my career. But hey, it is what it is. We’ve just got to keep pushing through it. It’s not my decision, I’m not the coach. He makes the decisions, and we just have to roll with it and live with it.” Via The Detroit Free Press

Despite Van Gundy not singling any Pistons starter out after they seemingly gave up in the third quarter, Jennings post game quotes sound like we now have an issue. When reporter in the locker room spoke to Jennings and let him know that Van Gundy said Augustin had been a better point guard in the first two games we got this quote.

“Then he should start and I’ll be the backup, if that’s the case.” Then Jennings added: “That’s all I’ve got.” Via The Detroit Free Press

I don’t know about you, but I don’t see Jennings as the time to take this lightly. One would hope he does a 180, plays his ass off, and shows Stan that he’s a team player. However with Jennings past, I don’t see this ending well if he keeps playing like this or pouting about the situation.

A great player does whatever he can to win. He comes off the bench to get wins even though he’s been a starter all his career.

Remember Antonio McDyess or Mark Aguirre? Two All-Stars that decided they wanted to win! Despite each player starting all their career they took a bench position to try to win Championships.

We’ll see what happens after the Pistons home opener at the Palace tonight. If his starter minutes are diminished again, or Van Gundy is bold enough to start Augustin, this could get ugly fast.