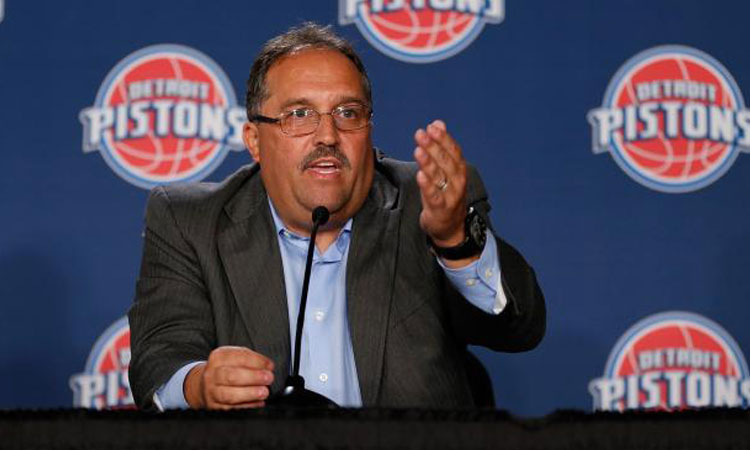 It’s official, the Pistons have reached and agreement with Stan Van Gundy to be the Head Coach of the Detroit Pistons as well as the President of Basketball Operation.  Van Gundy and the Pistons have verbally agreed to a five-year pact worth an estimated $35 million.

“Despite strong interest from the Golden State Warriors, who sources say had established Van Gundy as their top target to succeed the ousted Mark Jackson, Detroit managed to trump Van Gundy’s hometown team with the offer of personnel control on top of coaching duties.” via ESPN

It won’t be an easy job for Van Gundy, who will have to a lot of work cut out for him going into the season. He’s been know to have a strong personality, and good relationships with his players (excluding Dwight Howard the train wreck) , which should help this team get back on track.

In eight full seasons as a coach in Miami and Orlando, Van Gundy never had a losing record.

It’s been a while since Detroit has had a legitimate head coach. Let’s keep our fingers crossed on him doing as good as  a job in the front office as we know he can on the court.

I do know one thing, I’m going to have a lot of fun using Photoshop this season!