Dear Detroit Pistons, I may not have defended you, but I never left you.

To say it’s been a rough few years for the Detroit Pistons is an understatement.  We have watched them go from perennial Eastern Conference powerhouse and NBA Champions to the butt of jokes in town that could barely get people in the seats at the Palace. And you know what…it hasn’t been easy to watch. 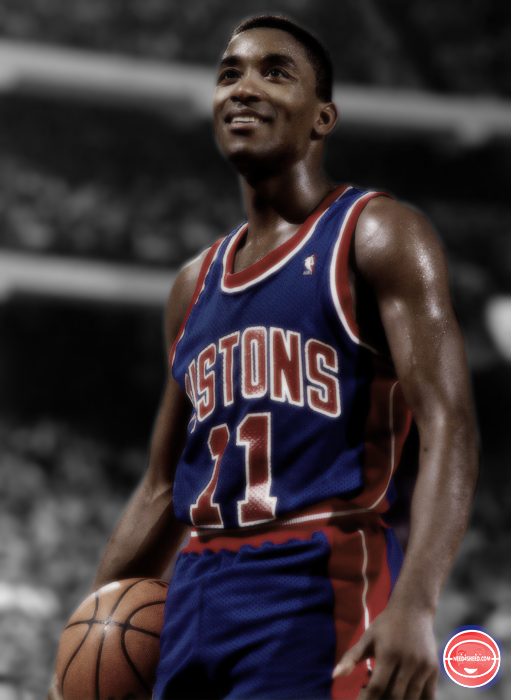 As a fan of this basketball team since Isiah was drafted, I can say it’s taken a toll on me personally.  I learned the NBA game watching the Detroit Pistons. I was just youngster when this team was starting to make their mark in the NBA when Boston and the Lakers dominated the league. I watched with shared heartache as when they came so close but let it slip away.  And when they finally broke through and won their first championship I reveled in the joy of  it all.

The road took this team on an incredible journey that very few franchises get to experience. The driver behind the trip was a great man named Bill Davidson that left his mark on the sports world by taking team ownership in sports to another level and built the foundation to the way they things are run today.  He trusted the right people, let them do their jobs and gave them the leeway to build winning teams.  And for that we will all remember him for what he did. His legacy will be one not forgotten, but it’s what happened after him that most of us would like to forget.

I am a fan of this team first and foremost.  Personnel, players and coaches change, but the Detroit Pistons will always be where the love is.  I never meant to invest a good part of my time and my life to this team, it just happened.  I’ve spent more money on tickets than I care to remember on and even more time watching, writing and losing sleep over the years.  And I wouldn’t trade if for the world.  Except a few blunders in the playoffs, an inbound pass that was picked off and a very memorable incident leaving of a certain 3-point shooter open.

Despite all the bad in past seven or so seasons, I’ve never wavered.  It hurt, but I kept on watching, reading and investing my time just like I had been for years. It was even more difficult for me as people around me (knowing that I do this little Need4Sheed thing) mocked the team, laughed at me and told me to run for the hills until better days and better games. 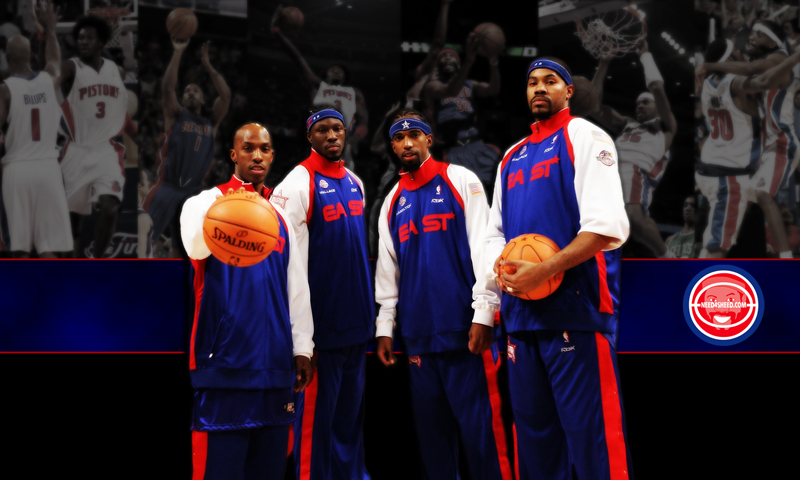 The one thing I did do however is spoke the truth about what was going on with Detroit Basketball.  I love this team, but I’m not homer when it comes to putting blinders on when things go wrong.  I’m not an employee of the franchise and I don’t have to tow the company line. Things were awful.

Joe Dumars kept the band together while teams around him in the division got stronger.  When he finally made a move he essentially traded away the heart and soul for an aging superstar that would relieve the cap while causing issues the entire season on and off the court.  He brought in coaches that didn’t work, made horrible free agent signings, questionable and draft picks.  He even has player mutiny during his tenure.  I mean, did you ever think that the Rip Hamilton situation would end that way?  You can’t blame it all on Dumars as he tried to do what he could while the team was up for sale, but he could have done better.

It was one revolting development after another.  Just when you thought things would get better, they didn’t.  I love the team, but I never defended what was going on.

Are the tides changing for the better? It  sure looks that way.  The summer has brought big changes to this team, some that I’m excited about, some that I’m not.  Will they make a difference, I think so. New coach, new players, new enthusiasm means something to a franchise that is starving for the glory of season past. There hasn’t been this much talent on this team in a long time.

So this Pistons fan fells good today.  This is the first year in quite some time that I am overly excited to head off to the Palace on Wednesday night and watch my team open the 2013-2014 season. I am hoping for a year in which I won’t be mocked for still being a fan.  A year that It won’t be so easy to get tickets to the Palace on a night other than a Heat game.  A year that I will be happy standing in long lines to get popcorn.  A year that I will be happy writing recaps of games and putting a W by the schedule.  A year of promise.

This is my team.