Who’s the most intriguing Piston this season?

While Joe Dumars decides who’s going to get the 15th roster spot for the Pistons, we have bigger issues here at Need4Sheed.com.  Which Piston should grace November’s schedule wallpaper?

We’ve had some pretty big changes here in the Motor City.  Dumars signed his big free agent Josh Smith, he traded Brandon Knight for Brandon Jennings and brought back two Pistons fan favorites and legends one to play, and one to coach.  They have a new coach and their dynamic duo of Andre Drummond and Greg Monroe have more help then we ever thought they would. 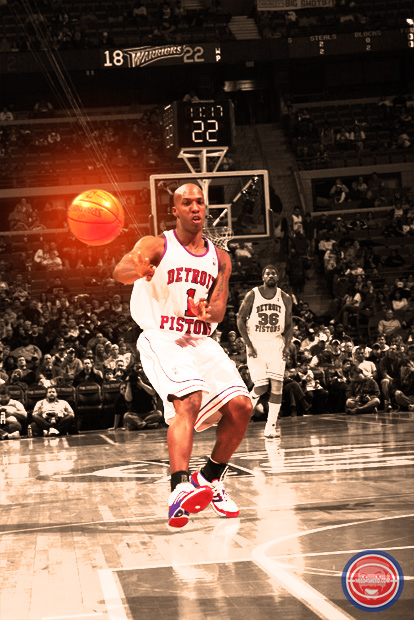 It’s almost as if in a blink of an eye this team has gone from pathetic to compelling.

I can’t tell you what or who I’m more excited to see, or who is going to play the biggest part this season.  Can Kaldwell-Pope make Pistons fans forget that they could have had Michigan’s Trey Burke? Will Andre make the all star game this season with the help of  Rasheed Wallace as his big man coach?  Will Greg Monroe turn the corner and become unstoppable?  Will Josh Smith and Brandon Jennings be able to change their games to help the team win? Can the Pistons bench do some damage? Will the Italian sharp shooter  Gigi Datome shoot the lights out? Will Mo Cheeks make a difference or will Chauncey Billups be the difference maker?

There are just so many variable to start the season.

So now I’m asking you who  you think is the most intriguing Piston to start this season.  I’ll let you vote on who you think will be the difference maker this season and that player/coach will don the November 2013 Detroit Pistons Schedule Wallpaper here at Need4Sheed.com.

And as an added bonus, the winner of this vote will be the subject of a newly designed t-shirt that I will give away on twitter.

So who’s it going to be?