Chauncey Billups is Back in Detroit! 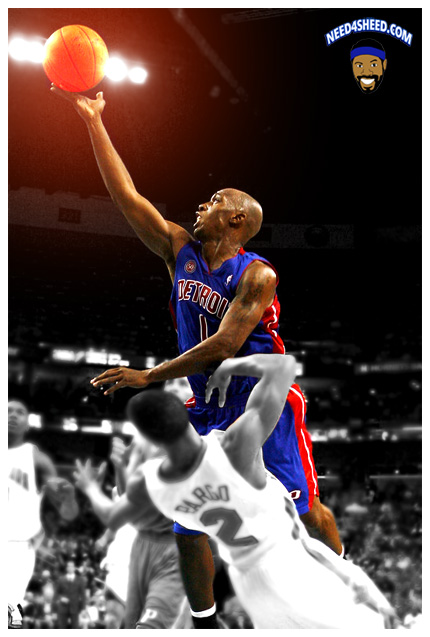 Mr. Big Shot will come back to the Pistons on a two year deal. No this isn’t a joke Billups is Back!

Nearly a decade after resurrecting the franchise and leading it to an NBA championship, Chauncey Billups has reached agreement on a two-year contract to return to the Detroit Pistons, league sources told Yahoo! Sports.

The deal will be worth $5 million-plus for Billups, league sources said.Chauncey Billups in his glory days as a Piston. (Y! Sports)

Billups, 36, hopes to finish his career where it blossomed in the glory years of the Billups-Richard Hamilton-Ben Wallace Pistons of the mid-2000s. Billups will play the part of mentor for young Detroit guard Brandon Knight, and be a rotation guard off the bench for Detroit. Via Yahoo Sports

I don’t know what to say, first Sheed back on the bench and now Chauncey is back, who’s next Darvin Ham?

Gotta love having Chauncey back, and I can tell you that the Palace will have a lot more visitors this season.