Detroit Drafts Tony Mitchell and Peyton Siva in the Second Round

You may not have been stoke about Dumars passing on Trey Burke, but don’t count out Kentavious, an athletic wing that can knock down shots, something Detroit sorely need.

Complimenting his first round pick Dumars went with Tony Mitchell of North Texas State with the 37th pick. At 6-foot-8¾ and 236 pounds with a 38-inch vertical leap Mitchell was viewed as a lottery pick when the college season started, but he had a sophomore season that set him back.

“From a talent standpoint, this is somebody who could very well be the best athlete in the entire draft,” Pistons assistant general manager George David said. Via Pistons.com 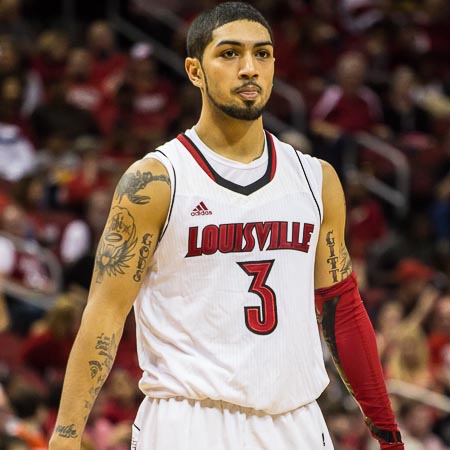 The Pistons finished the night by drafting Peyton Siva a point guard of Louisville’s NCAA championship team, with the 56th pick. Siva, a three-year starter, averaged 10 points, 5.7 assists and 2.2 steals a game for the Cardinals in 2012-13.

This pick may say two things, Detroit is hell bent on making Brandon Knight their point guard and their probably not going to re-sign Jose Calderon.

You’ll get to see both of them soon during the Pistons Summer league play in Orlando that starts on July 7th. Siva will play point guard, Caldwell-Pope likely will be the shooting guard, though the Pistons expect second-year player Kim English to be in Orlando, as well. Khris Middleton will be the small forward with Mitchell at power forward and Andre Drummond at center.

Say what you will about the Joe’s picks this year, but he had ‘stones passing up Burke, and finishing the draft the way he did.  He knows his job is on the line so maybe he’s got more up his sleeve.