Don’t be fooled by the 89-103 final score of the #Pistons Heat game. Sure Detroit lost their 10th game in the row and the Heat kept their near historic streak alive. The truth of the matter is Detroit played well and like many teams that have played Miami had every chance to win. Detroit led most of the game until the fourth quarter when Miami turned it on and put the Pistons away.

Jose Calderon: “I think this is our team, This is the team we’ve got to be. It’s not about winning or losing at this time of the season. It’s about showing what we can do, have pride, play 48 minutes. They’re a great team, but I think we gave it our best. It’s not like they just beat us. They beat 24 teams before us. I think a lot of people expected us to come here and they beat us by 40 or 50. That’s not going to happen. We’ve got to be positive with the effort we (gave) tonight. That’s for sure.” Via Pistons.com 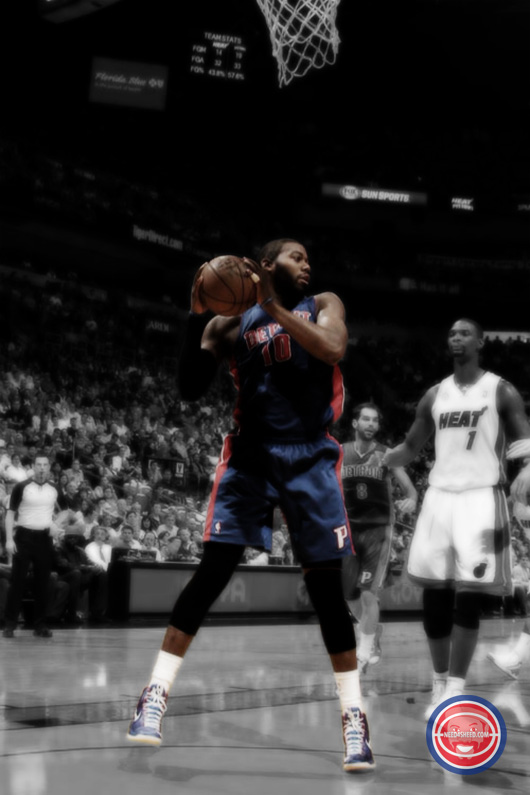