It’s official, you can say goodbye to what was left of the 2004 #Pistons Championship team. Detroit was involved in a three team deal that came because Memphis wanted to move Rudy Gay.

How this one worked:
The Memphis Grizzlies trade forward Rudy Gay to the Toronto Raptors.The Grizzlies receive point guard Jose Calderon send Calderon and his $10.5 million expiring contract to the Pistons for Tayshaun Prince and Austin Daye. The Raptors also sent forward Ed Davis and a second-round pick to the Grizzlies. Memphis sent back center Hamed Haddadi to the Raptors.
Some like the deal and some don’t, but when you put nostalgia and Tayshaun’s mark on this Pistons team you realize what a good move it is for Detroit.

Tayshaun may not finish his career in Detroit, but he gets to play for a very talented Grizzlies team that has a legitimate shot at a Championship run.

Daye on the other hand probably wanted out of Detroit for quite some time. He never really made his mark and didn’t get the playing time or the patients that he needed. Hopefully he can get a fresh start in Memphis.

What Detroit gets is Jose Calderon, a legitimate true PG that knows how to find his teammates, rack up assists and score when needed. Don’t believe me, look at his stats. Even better, his 10 million dollar contract expires after this season.

It’s a win-win for Detroit. They either have over 30 million dollars of cap room after the season is over or they resign the PG they have been looking for.

And don’t worry about Brandon Knight, he’ll be just fine.

Prince was always a class act as you can see here in this interview of him after the Indiana game the first time he was talked to about the trade.

Thanks Tay, it was fun while it lasted. 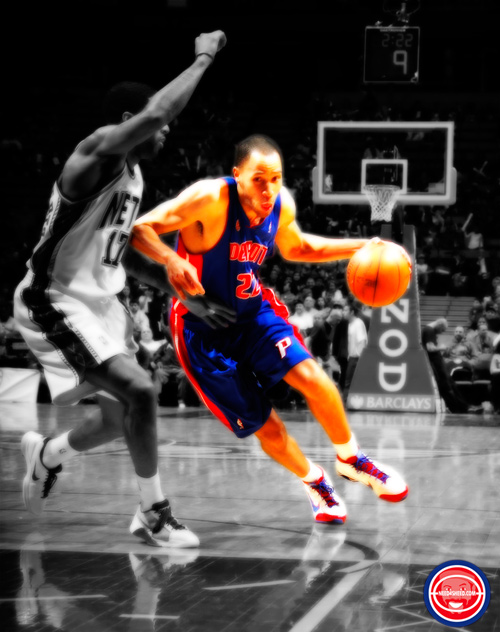