Pistons Lose a Heartbreaker in Chicago

The #Pistons lost in heartbreaking fashion Wednesday night at the United Center. After domination most of the game, things got sticky in the fourth quarter. Detroit lost a 17 point lead, then came back after the Bulls took a six point lead.

You can say it came down to this play, but had the Pistons not buckled in the fourth quarter they could have finally beat the Bulls. You be the judge on whether Noah stepped out of bound when he saved it.
Via NBA.com
[flashvideo file=http://nba.cdn.turner.com/nba/big/games/bulls/2013/01/23/0021200620-det-chi-play3.nba_nba_576x324.flv /]

Greg Monroe: “We had control of the game and it’s another one of those games where we lost control in the fourth quarter, but still, there were a lot of plays I could have made before that. We wouldn’t have been in the predicament we were. It’s definitely a tough loss. We were in position to win, but I think this game, the opportunities we had earlier in the game to make the deficit even bigger for them kind of came back to haunt us.” via Pistons.com 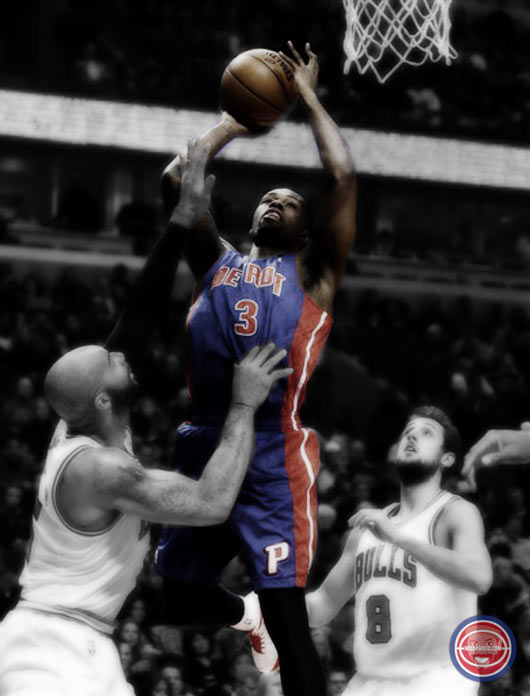