I’m always trying to find fellow #Pistons fans deals to get them to The Palace to see the Pistons for a great price.  This deal not only gets you to the game Tuesday the 29th against the Milwaukee Bucks, but there will be an appearance by 2012 NASCAR Sprint Cup Series Champion,  Rochester Hills,  native Brad Keselowski. 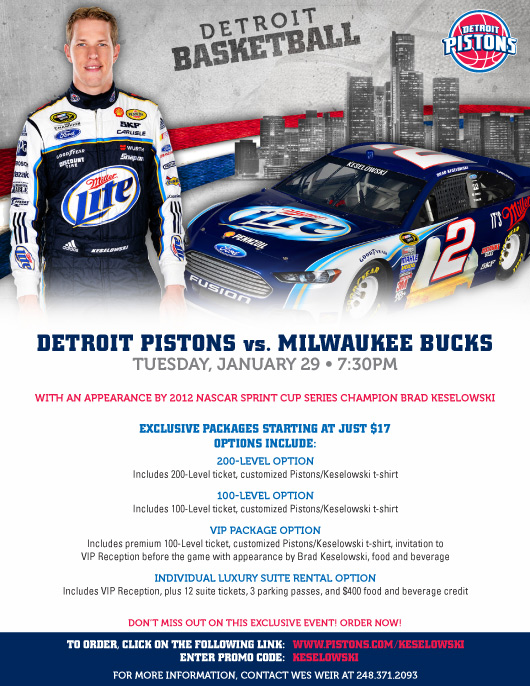 I’ll admit that I’m the furthest you’re going to get from a NASCAR fan, but yo really can’t beat those prices. What else are you going to do on a Tuesday night in January?