A Knight to Remember in Detroit

#Pistons fans haven’t seen a Knight of basketball like they did on Friday in quit some time. It was the Pistons youth core of Knight, Drummond and Monroe that helped power Detroit in their 91-90 win over the Raptors. With the Pistons down one, it was Brandon Knight’s dribble drive with 7 seconds on the clock that gave Detroit their third win on year.

Andre Drummond: “One of the knocks on me is that I don’t have a motor, that I don’t play hard every day.” “(Frank) just tells me every day, effort, that’s all you need to do. Give effort every single day, play hard and keep yourself going. So that’s what I do.”

Tayshaun Prince: “I saw a lot from him, the most important thing is when he made mistakes and he missed free throws, he just stayed the course, put his head down. Obviously it was tough for them to keep him off the offensive glass and he had key blocked shots and things like that, but I think his energy kept the crowd in the game. That’s what we need from him.” 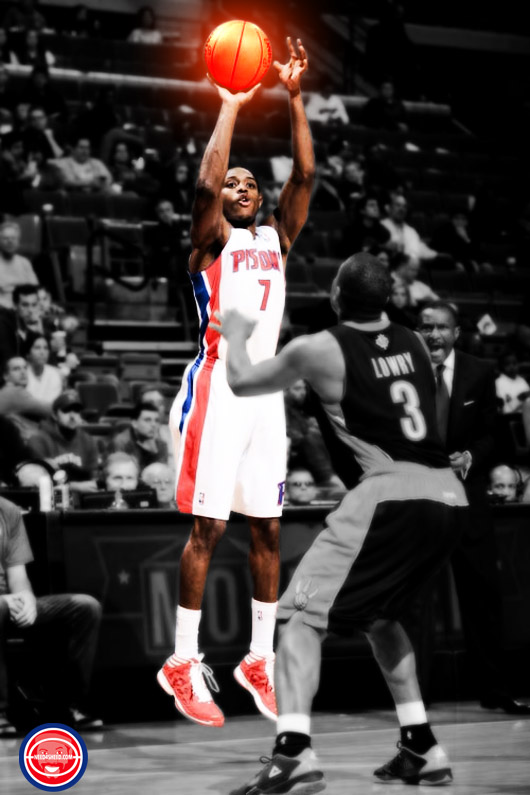