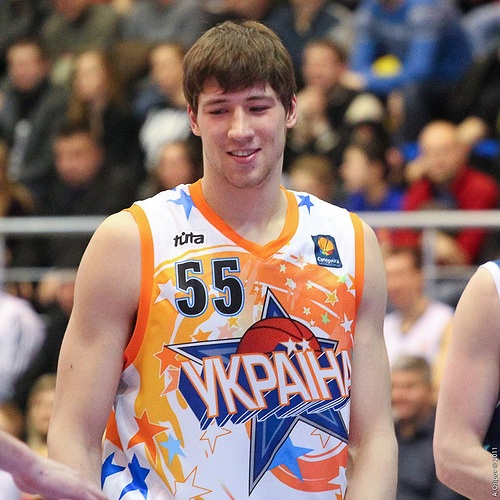 “The Detroit #Pistons have struck a verbal agreement to sign Ukranian centerto a multiyear deal, according to his agent.

“We are engaged in negotiations with Vyacheslav Kravtsov and will enter into a player contract when the moratorium period ends,” he said in the statement.

July 11 is the first day NBA players can sign new contracts, but handshake agreements are permissible in the interim.

The 7-footer turns 25 in August and played for the Boston Celtics’ summer-league team in 2010 after going undrafted in 2009.

Kravtsov averaged 10.6 points and 5.5 rebounds in 22 minutes per game last season for BC Donetsk in the Ukranian league. Scouts regard him as an excellent athlete who plays above the rim and is primarily known for his defensive abilities as a rebounder and shot blocker.” Via ESPN.com

Did anyone see something like this coming? Another big guy…ok.

God help me if he makes the team and I have to start spelling his name a regular basis.