The Pistons got just what they needed Saturday night before they head out for an extended road trip.  Detroit took down the Raptors in convincing fashion right from the tip with a 37-14 first quarter, thanks to a 15 points Brandon Knight.  The  105-86 beat-down was a beautiful thing to see. 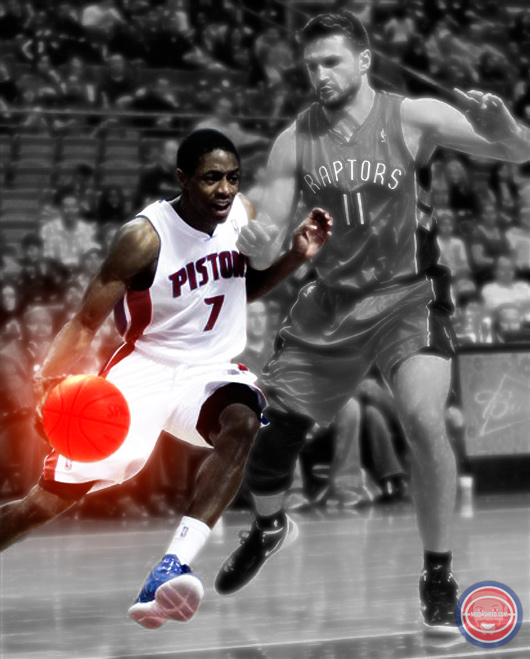 Lawrence Frank “We had a real good pick-and-roll game going, very good intent in terms of turning the corner. The ball was moving and sharing, but it all started with good defense. This is our third straight game of holding a team to 86 points or less. Holding a team down to 40 percent (shooting percentage) and to win on the road there are certain things you have to do, you have to defend, rebound, and you have to have low turnovers.”