Any thoughts on the Pistons tanking this season for a better chance at the #1 overall pick in the upcoming draft were squashed last night as the Pistons turned back the clock a bit, and beat the Lakers 88-85 in overtime at The Palace.  Games like this are the reason why I believe Lawrence Frank was the right hire for the job.  This game was a guaranteed loser on the schedule under former Coaches John Kuester and Michael Curry, because of the negative response from the veterans to coaches they didn’t respect.

Rodney Stuckey was by far the star of the night, and the main reason why the Pistons were in it to win it at the end.  Stuckey hit a big 3 pointer with 9.8 seconds left in the game to put the Pistons up 2, before Kobe came back to hit a clutch jumper to tie it up and send it to overtime.  In overtime, Tayshaun Prince nailed a key 20 footer to put the Pistons up 1 before Stuckey stepped to the charity stripe to knock down the final 2 free throws which put the Pistons ahead for good. 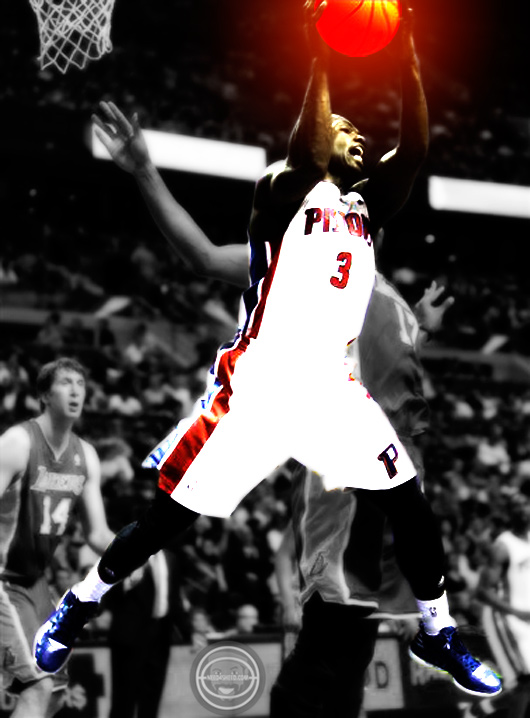 And let’s not forget this highlight of the night – Stuckey taking old man Kobe to school.

MAY THE GORES BE WITH YOU!!! (seriously, I didn’t think anyone wore shimmery shirts anymore?).  Gores should be a happy man – not only did the Pistons win a thrilling game against a team they’ve competed against 3 times in the Finals, but they did it in front of a sellout crowd that was reportedly 60% Lakers fans.  Way to go Pistons! 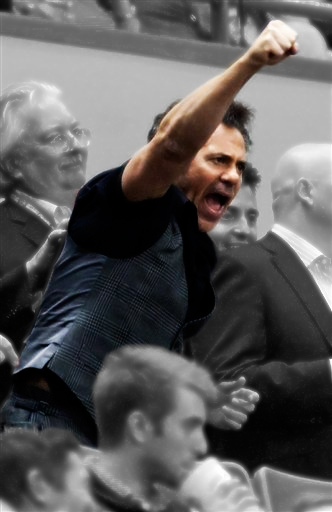 Next up for the Pistons is Jeff Teague and the Atlanta Hawks on Friday at 7:30 at the Palace.  The Hawks are 7-8 in their last 15 games as they’ve fallen a bit on hard times as the injury to Al Horford has finally caught up with them.  Meanwhile on the other side of the court, the Pistons are on a bit of roll having pulled together wins in 9 of their last 15 games.  The Hawks are currently sitting in the 6th seed spot in the East, while the Pistons are 5 games back of the 8th spot.  The Hawks aren’t looking up too high though, as their playoff opponent (if the season ended today) the Orlando Magic are the 3 seed and they’re only up 1 game.

The Hawks have a lot to play for, whereas the Pistons are scraping together win after win and building confidence in their young core for the future.  With the way this rotation has settled in a bit lately, and the roll they’ve been on, I don’t see where Charlie Villanueva fits in when he comes back unless he takes Jason Maxiell’s minutes.  Maxiell has been providing solid numbers as the starting power forward since taking over for Ben Wallace.