The Raptors snapped a four game skid beating the Pistons 103-93 inToronto.  The Raptors built a 23 point lead early in the fourth quarter before a cheap shot flagrant foul from Toronto’s Jerryd Bayless set off Greg Monroe and got the Pistons within nine with under five mints to go.

Despite the fourth quarter surge the Pistons go into the All Star break losers of two straight. 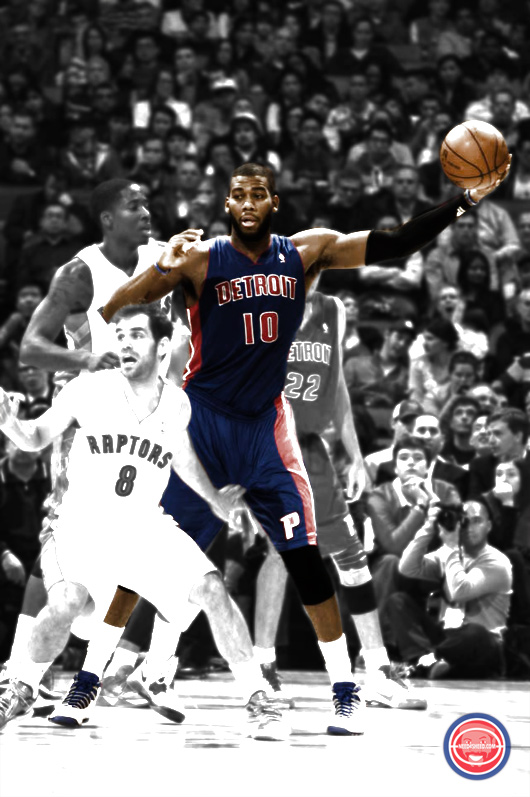 Greg Monroe on the flagrant: “I think it was overboard – I don’t think it was borderline at all,” he said of Bayless. “I think it was pretty obvious. They made the right call. … I was already fired up. We just didn’t play well. I don’t know what was going on. I know we can play better than that. They just came out and wanted to win more than us.”