Fresh off of 3 straight wins, the #Pistons return to The Palace of Auburn Hills to host the New Jersey Nets.  If three consecutive victories and another chance to see the Pistons take on the Nets  isn’t enough to get you to Auburn Hills, than I’m pretty sure you’re going because it’s Star Wars Night.

The fist 10 thousand fans to walk in the door get a limited edition, individually numbered Pistons/Star Wars poster.  Over 25 Star Wars characters from the movie will be at the Palace to greet fans prior to and during the game. If that weren’t enough a never before seen video by Lucas Films will be shown at halftime.

I’m going all out and have decided to dress up as Princess Leia.  So if you see someone with two Cinnabuns over their ears say hello!

I don’t know about you, but forget the Storm Trooper…this is the guy who I want to greet me at the Palace doors. 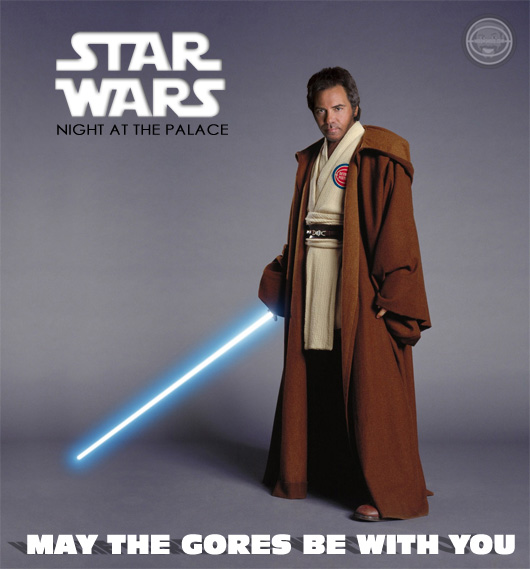 May The Gores Be With You

I have been doing the whole “May the Gores be with you” bit since Tom bought the team, because I happen to think it’s funny and fitting.  So I just want to thank Mike Antonich for coining the phrase and for tweeting it to me one night after talking about our favorite basketball team and their new owner.

If you want to head out tho the game you can get a great deal on tickets directly from the Palace with no ticket fees.