Brandon Knight gets fitted for an extra special Mask

Brandon Knight got fitted for his mask today after suffering a broken nose in Saturday’s game against the Hornets. The masked Night will most likely play on Wednesday night against the Nets.

Knight will be just another of the masked men at the Palace, however I think these Pistons theme night have been taken a bit too far. 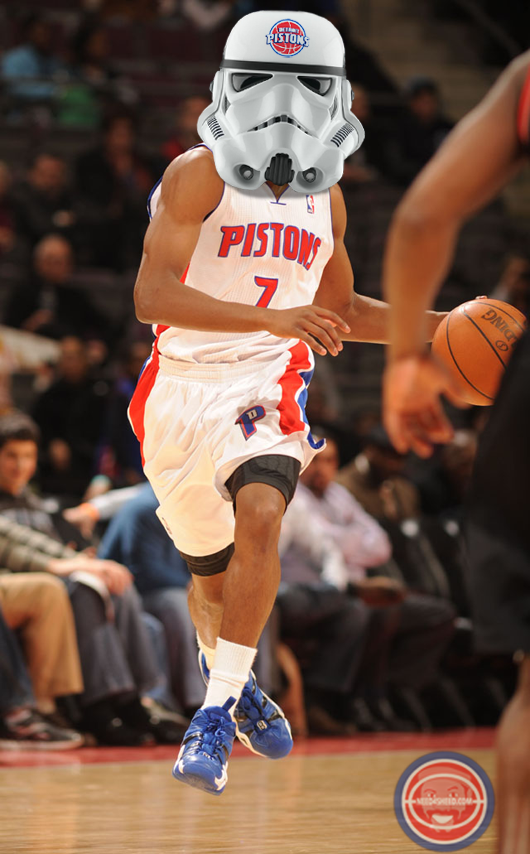 Star Wars night should be really fun, especially for Brandon.

As for the other injured..

“Guards Ben Gordon and Will Bynum went through full-scale practices Monday, although Frank declined to say when they would come back.

Gordon hasn’t played since Jan. 20 against Memphis, when his injured shoulders finally forced him to shut it down for a short time. Bynum injured his right foot against Charlotte on Jan. 13.

Gordon said he’ll have to watch himself on the defensive end; getting hit by screens helped cause a tear in his left shoulder, the worse of the two.

“It’s really one of those things you don’t know until you get hit there,” Gordon said. “I try to dodge whatever contact that’s out there but I felt good today.” Via The Detroit News