All Daye in Pistons loss to Miami at the wire

Despite a career high from Austin Day the Pistons took the Miami Heat down to wire, but just couldn’t up with the win.  The youngsters battled the entire game keeping it close and finally gained the lead late in the fourth quarter only to give it back to the Heat after sending LeBron to the line. Detroit went on a 12-0 run in the fourth quarter to wipe out a 10-point deficit and led 98-95 with 1:33 left, but lost 101-98. 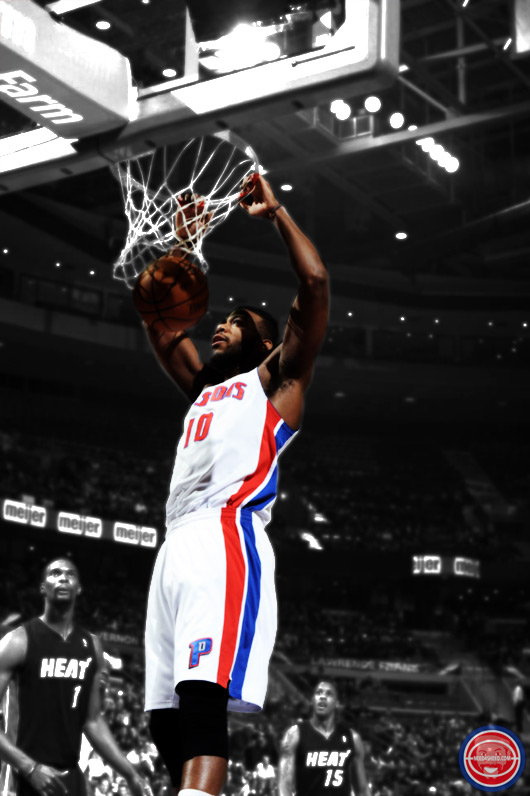 Lawrence Frank: “I thought our guys showed great fight, spirit and resolve,” he said. “There were plays to be made on both sides – we had some empty trips – but you’ve got to look throughout the course of the game. It’s disappointing to lose. There’s not a consolation prize. But the spirit, the fight, the heart being in the right place for the right reasons – if we can establish that as part of our DNA, you’ll put yourself in position to win a lot of games. It can’t just be because it’s Miami. There was great resolve. There were plays left to be made, but sometimes you have to look at the bigger picture.”