Are the Pistons really this bad?

At the last minute someone handed me two tickets to see the Dallas Mavericks take on the Pistons at the Palace. I wasn’t planning on going to Tuesday night’s game, especially after witnessing the beat down on Saturday night. But when someone hands you tickets to see your favorite team, no matter what you already have planned, you go. Or at least I do.

Big mistake on my part.

It’s not that I don’t appreciate how lucky I am to get to see the Pistons play in person, but right now it just plain hurts to watch them.

Could this team be worse than the teams of the dreaded “teal” era? They can’t be right?

This team has great young talent like Greg Monroe, Jonas Jerebko, Brandon Knight and Rodney Stuckey. On paper they have a team that looks like they can compete better than six game blowout steak. 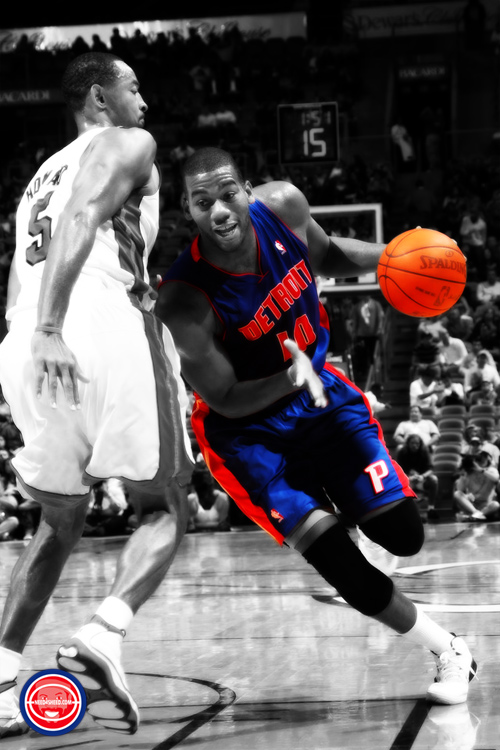 We watch Greg Monroe progress with each game, with absolutely no help down low. We are watch Brandon Knight’s baptism by fire trying to lead this team at the point with limited practices and no training camp. We watch whatever kind of funk that Austin Daye is in. We watch Tayshaun Prince getting old in front of our eyes. We watch Ben Gordon be the player that took his Bulls uniform off and then forgot how to shoot. We watch Ben Wallace give it his all in limited minutes.

We watch fewer and fewer people at the Palace. In fact the crowd last night looked more like a Shock game than it did a Pistons team against the World Champions. Sadly about the only time you’re going to see a decent crowd in the place will be when Miami and the Lakers come to town.

Is it fair to say that last night (or pick a night for that matter) this team looked like a JV team playing in the NBA? By the time I could blink they had already turned the ball over 10 times.

Does anyone remember the good times when the Pistons would go a consecutive games with 3 turnovers or less?

I haven’t seen a coach this vocal with the players in quite some time. By the end of the season Lawrence Frank is going to have way less hair than he already does.

What we are really doing is watching the madness unfold right before our eyes.

If something doesn’t change, this team will be right were a lot of people wanted them to be last season. At the head of the pack for lottery balls. Trouble with that…this draft class doesn’t have a true superstar and knowing the Pistons luck this would be the year they got the #1 pick.

On any given night, you can search this site or twitter for the #FireJoeDumars chant, and that I can understand, but I

Bless the Pistons employees for trying to make the best of what they are watching, especially Blaha, Kelser and Matt Dery, who have to put a positive spin on what they know is a horrible product.

I’ve just resigned this season to be one of pain, and hopefully growth. If you can make it though with me than you’ll be a bigger fan years down the road. It happens to every team at one time or another, be strong.

And sorry Mr. Gores…no returns, exchanges or refunds on this one.