Home Opener – The Pistons vs. The Cavaliers

The Pistons take on the Cleveland Cavaliers tonight at the Palace for thier first offical home game this season. It’s also the first official home game with new owner Tom Gores at the helm.

The Pistons didn’t “wow” thier fans on Monday in Indiana, in fact they threw up a stinker and plenty of you are ready to give up. As I mentioned before, it’s just one game and I have a feeling we are going to see something marginally better from Detroit tonight.

I for one am really excited to head out to the Palace for the game. I know the new managament team at the Palace has a bunch of different things in store to kick off the season. 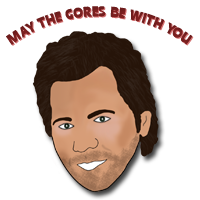 This will be the first time the Pistons Officially step on court representing new ownership and I for one am excited to see the changes.

May the Gores be with you!

Make sure you follow me on Twitter for Live Game tweets from The Palace of Auburn Hills Tonight.

Tip off is at 7:30 pm and will be broadcast on Fox Sports Detroit. If you can’t catch the game on TV, follow it live over at NBA.com or on the radio over at 97.1 The Ticket.