We have all heard the saying “All good things must come to an end” sometimes it’s for the good and sometimes not.  Just ask Lions fans.

Today I got a glimpse into what Pistons fans (as well as anyone who attends an event at The Palace) have in store for them now that Tom Gores and his team have remade The Palace.

Today the media was formally introduced to Dennis Mannion, President of The Detroit Pistons and Palace Sports and Entertainment. My first impression of Dennis is that he is a man that knows what he’s doing.  Mannion has spent 29 years working in the four major professional sports leagues (MLB, NBA, NHL, NFL), including two years managing business operations for the NBA’s Denver Nuggets and the NHL’s Colorado Avalanche from 1998 to 1999.  Mannion most recently served as President of the Los Angeles Dodgers where he worked from 2007 to 2010.  He also previously worked for the Baltimore Ravens from 1999 to 2007, and for the Philadelphia Phillies from 1982 to 1997.  If you question his effectiveness as a Front Office Executive, I would direct you to look at the 1996 MLB All Star Game in Philadelphia and the 2000 NHL All Star Game in Denver (Colorado Avalanche), both events he was instrumental in bringing to the cities. 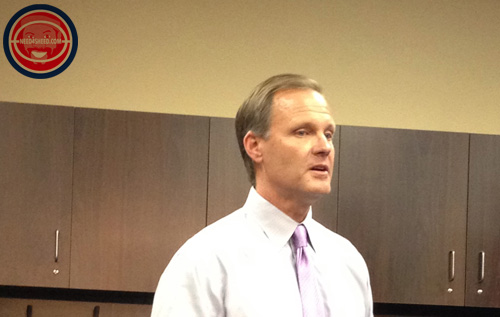 Not only does Mannion have a vision, he has brought in a team of new people and a new philosophy to the Company and organization.

They really did stress Tom Gores vision of Coming Together.

At first glance, things looked different walking into the West Atrium of The Palace.  Instead of the standard wall of photos, you’re now greeted with 3 large screen LED video displays of Pistons Players. 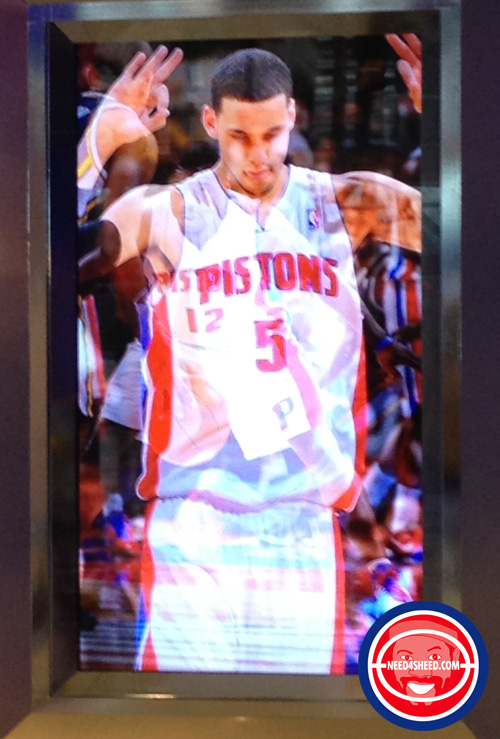 As Dennis spoke he explained that his team wanted to take The Palace to new levels.  They are working on a new cohesive color scheme fitting for The Palace, which seems to have landed on silver and blue. 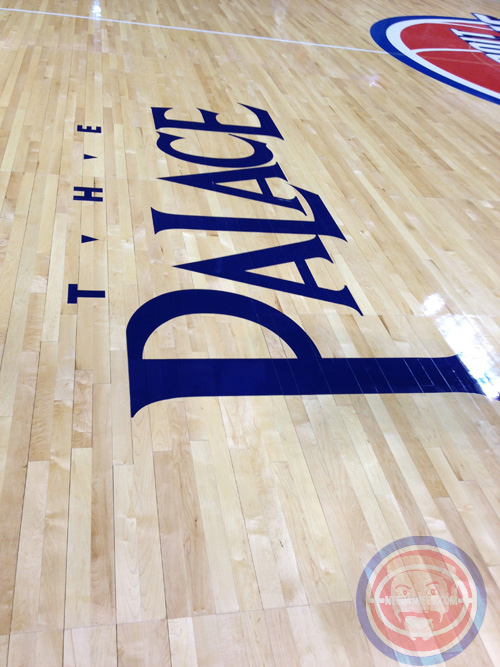 This whole revamp wasn’t just about the Pistons, it was about about everything that has to do with The Palace Sports and Entertainment.

The whole idea of this revamp was to help the fans enjoy their experience at The Palace, if they were going to a Pistons game or coming to the Palace for a concert.

This, of course, meant making the Pistons players happy.  The more comfortable the team is, the greater chance you have of a cohesive, winning team. It starts with the door they walk into on game day. The new locker room door encased in silver with a blue neon glow is a very good start.

The entire locker room was revamped with each players personal space a little more personal. 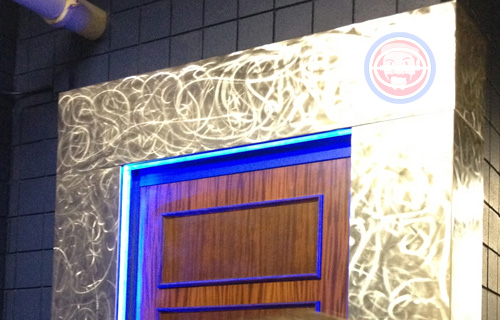 We may not always want change, but it’s inevitable.  With Tom Gores and Co. changing things for the better, and giving Pistons fans a push towards a social media, digitally friendly, fan based environment ….we all win. 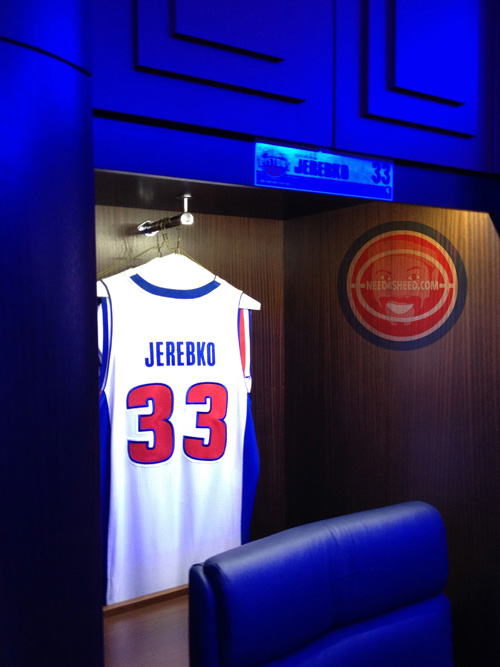 I haven’t been this excited to go the the season opener since we won the championship in 2004.

To a new and prosperous beginning….that remembers the past. 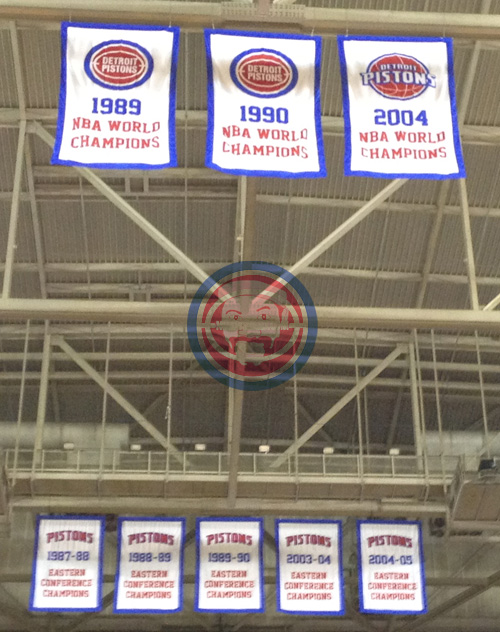 Good things don’t always come to an end, sometimes they just move into a different direction.