With Stuckey back in Motown, Pistons should turn their eyes toward Kris Humphries

Earlier today, Rodney Stuckey and the Detroit Pistons agreed to a 3 year, 25 million dollar deal to bring the 4 year guard back to Detroit.  The roster is now coming back together, and showing some semblance of a legitimate NBA roster (by legitimate I mean that all of the positions and appropriate depth are starting to fill out).

Kris Humphries (PF-UFA), most recently of the New Jersey Nets, should be a guy that Joe Dumars pursues next to fill out the front court.  Humphries, 26, is a guy who, aside from his television exploits with former wife Kim Kardashian, personifies the “Going to work” mentality that a lot fans of love about the Pistons. 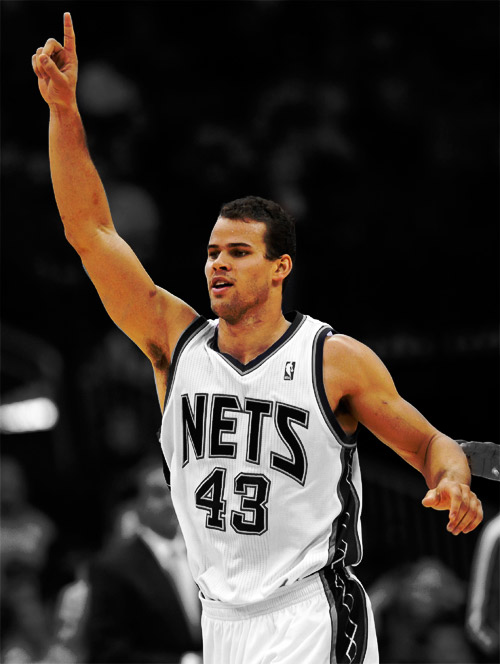 In 74 games last year with the Nets (44 as a starter), Humphries shot 53% from the field, and averaged 10.4 rebounds and 10 points per night.  If you’re going to push to play Greg Monroe at the 5, even though he’s not a true center, you could do a lot worse than Kris Humphries alongside him as the starting power forward.  Humphries is not great on the block as a defender, but he is an excellent defensive and offensive rebounder and knows how to put the ball in the basket on putbacks.

There hasn’t been a lot of talk about Humphries, outside of his failed marriage that I mentioned earlier.  It is likely that he’ll find a new team, as the New Jersey Nets look to continue to clear cap space for a run at Dwight Howard next offseason.  I think it’s reasonable to expect a guy like Humphries will take the full mid-level exception, and he’s a guy that it would be worth signing to that kind of a deal.  Somewhere in the 4 year, 22 million dollar range will lock him up through the early portion of his prime, and will allow him to hit the market again ready to sign for a much larger deal in the middle of his prime.

Obviously, this is a bit of forward thinking but look at how the roster shakes out with a potential Humphries signing:

Don’t kill me for slotting Jerebko so far out in the rotation, this rotation should show who I would have as the “odd man out” with the team still having their amnesty clause to use until the start of the next NBA season (Villanueva).  I think Jerebko is kind of limited due to his slight frame against PF, and his foot speed to guard SF.  I think his hustle and work ethic will push Villanueva out, but I don’t think he’s deserving of a starting spot in the league until he fills out and becomes a true PF.

I think what you see with that starting lineup is a team that could push for a playoff spot, solely based on its depth.  That lineup makes the Pistons one of the deeper teams in the lower seeded playoff teams, and it’s a lineup that could make some noise as Brandon Knight improves and Rodney Stuckey evolves into his more natural shooting guard slot.  This also is a roster that doesn’t have too many bad contracts for the talent, aside from Tayshaun and depending on how Stuckey plays with his new deal.

What do you guys think?  It’s pretty obvious that the Pistons need 1 more big man.  Maxiell is a little played out, and it’s hard to count on Ben Wallace for anything more than being a mentor to Greg Monroe at this point in his career.  Am I way off base?