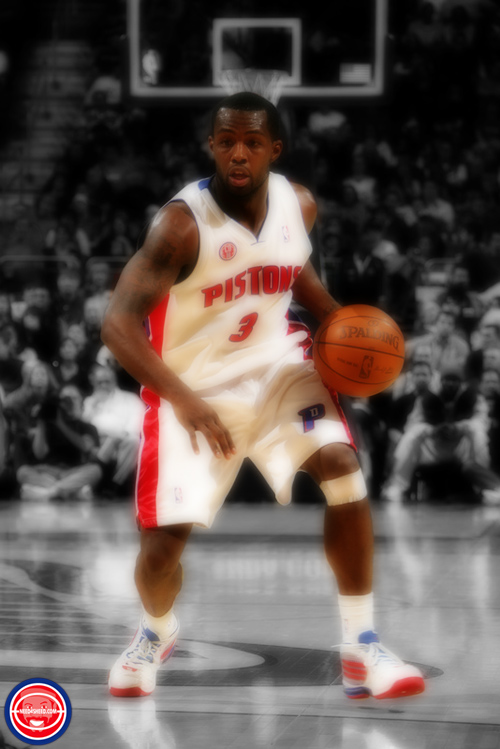 News on the Stuckey front. As we spoke about in our interview with Vince Ellis of the Freep, Rodney Stuckey thinks he’s worth 10 million dollars or more. That being said, Chad Ford of ESPN is reporting that Stuckey doesn’t like the Pistons offer of a 5 years 40-45 million dollar contract offer.

The Detroit Pistons and restricted free agent Rodney Stuckey are struggling to come to terms on a long-term contract, sources said.

Stuckey, the Pistons’ top free agent this offseason, is balking at what the Pistons are prepared to pay him. The Pistons have discussed a deal that would pay Stuckey between $40 million and $45 million over five years, according to sources.

By comparison, Mike Conley agreed to a five-year, $40 million extension with the Memphis Grizzlies in November.

Stuckey’s representatives, seeking an even bigger deal, have been contacting other teams the past few days, looking to broker a sign-and-trade deal. However, the Pistons are telling teams that they won’t agree to a sign-and-trade for Stuckey, sources said.

If the impasse continues, Stuckey’s reps are threatening to take the Pistons’ one-year, $3.87 million qualifying offer for Stuckey, which would make him an unrestricted free agent in 2012. Via Chad Ford ESPN

In my opinion Stuckey isn’t worth 10 million dollars a year from this team. He hasn’t proven it and after his attitude problem (whether it was partly because of Kuester or not) I have fallen out of like with him and his attitude. Entitlement is all I see here and if he “threatens” to take the Pistons qualifying offer of 3.87 million this season, we’ll likely see him disgruntled and Joe D on the phone trying to make a trade for him.

I posed the question to you on twitter and if you look at the responses you’ll see that I’m of the majority. See Ya Stuckey