Today was the first day that players could officially re-sign with their teams after ratifying the latest Collective Bargaining Agreement (CBA) agreed to a little over a week ago to end the NBA Lockout.  Today was also really the first day that new Pistons owner Tom Gores’ staff could get to work evaluating the talent that is already on the roster, and evaluating the available talent in the free agent market.

Yesterday, in a bit of a surprise move, Tayshaun Prince and the Pistons agreed in principle to a 4 year, $27 million dollar deal.  The Pistons, who drafted 3 small forwards in

the 2009 NBA Draft and 1 small forward in the 2011 NBA Draft, brought back an aging Prince who has seen his statistics drastically decline in recent years to compete with Austin Daye and Jonas Jerebko for playing time (DaJuan Summers was not brought back, and Kyle Singler has decided to stay overseas this season and is playing well).

About 5:30pm today, the Detroit Free Press tweeted that Pistons guard Richard Hamilton had been bought out.  No, the Pistons didn’t use their amnesty clause from the recent CBA, they bought Hamilton out of his contract for the purpose of giving him outright release which will give him the opportunity to sign with the team of his choosing just as any other free agent can.  The Pistons would’ve been on the hook for approximately $20 million dollars had Hamilton not accepted the buyout, and remained in a Pistons uniform this season and next. 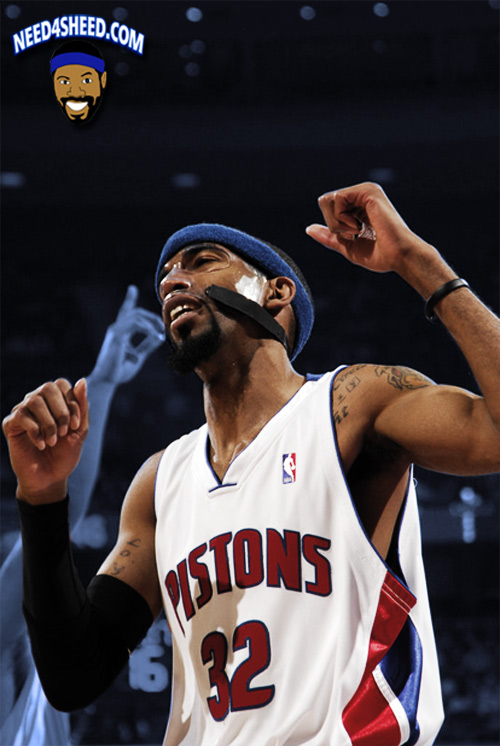 Hamilton was bought out of the contract extension that he agreed to on November 3, 2008, at the same time his backcourt mate Chauncey Billups was traded to the Denver Nuggets for Allen Iverson.  The contract extension was for 3 years, $34 million dollars and was seen as something given to Rip to prove his worth to the franchise while they traded his friend Billups out from behind his back.  This move was immediately questioned by the fanbase who saw that this extension would cripple the franchise every year that Hamilton remained on the roster, and it was only made worse by the fact Iverson came in pouted his way off the team while Chauncey Billups helped lead the Denver Nuggets to the Western Conference Finals.

I’ll admit, I never really have respected Rip’s game.  All of the talk about how he was well conditioned and modeled his game after Reggie Miller couldn’t make up for his poor ballhandling ability and penchant for getting technical fouls when the team needed them least.

But I’m not here to kick dirt on his time with the Pistons, he is an accomplished Piston.  He will go down as the all-time leading playoff scorer for a Pistons franchise that has had several great guard tandems, most recently being Isiah Thomas and Joe Dumars.  He was a member of a team that made an improbable championship run to beat the Lakers in 2004 and that took the Spurs to 7 games in 2005.

Hamilton will go down as one of the best all around players in Pistons franchise history.  Hamilton was one of the first players Joe Dumars acquired at the beginning of the early 2000s playoffs and championships run.  He was the centerpiece of the trade before the 2002-2003 season with the Washington Wizards that saw Dumars swindle Michael Jordan out of Hamilton, Hubert Davis and Bobby Simmons while giving up Jerry Stackhouse, Brian Cardinal and Ratko Varda.  In his 2nd year with the team, the team won the NBA Finals for the first time since the 1990-1991 season.  Hamilton was the leading scorer for the team as they beat the Lakers in 5 games, in an emotional series that ended perfectly on the Pistons home floor. 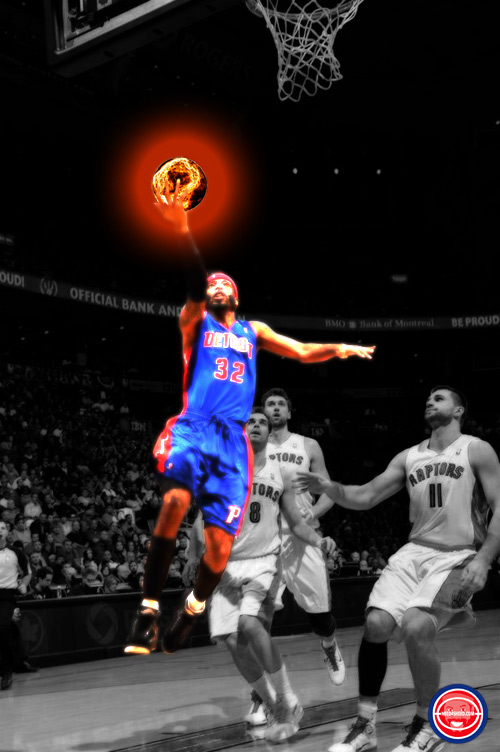 That same season in which they won the championship against the Lakers, Hamilton broke out his now famous protective mask that protects his nose from being broken.  His nose had been broken twice that season, and once before in the 2002 season.  He wore the mask as a recommendation from his doctor who warned he would need complete nasal reconstructive surgery if he were to break his nose again.

Let’s not forget while we celebrate Rip and his albatross of a contract are gone, how important of a member of those playoff teams he was.  Rip had a great mid range game, he was a pesky defender and could often get in the head of the man defending him by talking trash to him all game.  He stepped up in some of the games the Pistons needed him the most, which made him one of the most clutch players in the NBA from 2004-2007.  Rip is already missed, but the old Rip has been gone since 2008. 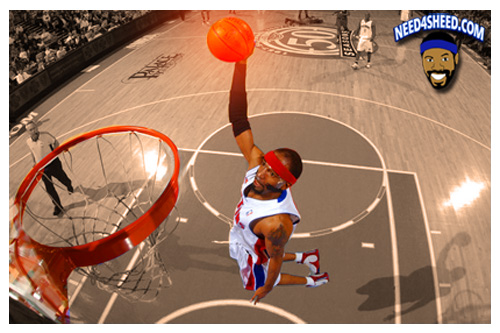 Rip is going to be remembered for his time in a Pistons uniform as being one of the best complimentary players of all time.  Rip is arguably a top 10 Piston of all time, and during the recent success of the organization, he was one of the biggest team players for an organization that built around team and not superstars.

Thank you Rip.  Thank you for playing your heart out, and for going to work night in and night out, no matter how screwy the situation has been in recent years.  You will always be one of our favorite Pistons.