When I first heard the news,  “Detroit Pistons to sign Tayshaun Prince for 4 years at 27 million dollars” I was stunned.  Wasn’t this supposed to be the start of something new?  Didn’t we suffer enough during the last few years of doing nothing as far as personnel was concerned? Wasn’t this the year Joe Dumars was going to reward us because he wasn’t handcuffed by the sale and Karen Davidson? Didn’t Pistons fans suffer enough when AI stepped on the court in a Pistons Jersey?

Look, I’m OK with Tayshaun Prince, I appreciate what he did for this team when it was continually contending for Championships, but as you know they are not at the moment.  All teams go through transitional stages, all teams have to rebuild and this as we know it is what the Pistons are going through right now.

Did we really need to commit to a 31 year old for 4 years when we are really not in the Playoff hunt?

I want to see what Austin Day can do!  I want Jonas to get the bulk of the minutes.  I want youth! 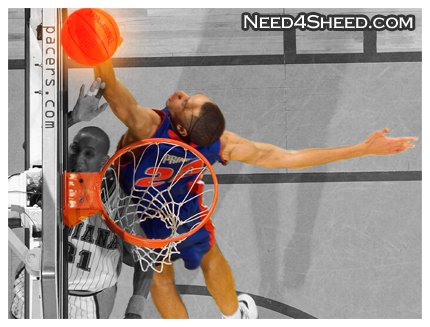 If Tayshaun was clearly the vocal leader as Ben Wallace has suggested, that’s not a good thing.  Remember last year?  That team walked out!  Leaders make sure things like that don’t happen, whether they like the coach or not.

I’m happy that some of you are excited to see the 22 back on court for Detroit, but I see this as nothing more than holding on to the past for way too long.

I am a fan of this team…not its players.

This is me hoping for the best, though I don’t see much good out of it.