Ben Wallace Arrested for a DUI 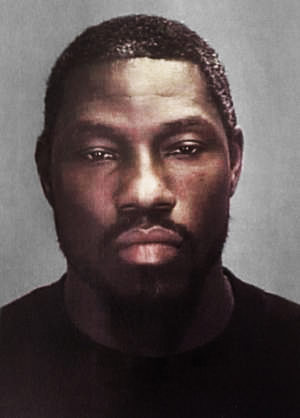 You would hope any news on the NBA right now would be something promising, but not today.

Ben Wallace was arrested for Driving under the influence in Bloomfield Hills Michigan Saturday night at 3am after an officer spotted his car driving erratically. To top things off…Ben had a (thankfully unloaded) gun.

To make things even worse for Wallace, the case was assigned to the same judge that sentenced Jalen Rose to 20 days in jail for his DUI.

Via The Detroit Free Press

Detroit Piston Ben Wallace is facing a 5-year felony charge of carrying a concealed weapon after police found an unloaded pistol in a backpack in his car as they arrested him on suspicion of drunken driving early Saturday in Bloomfield Township.

Wallace, 37, of Bloomfield Hills was in a 2007 Cadillac Escalade at 3 a.m. Saturday when an officer spotted the SUV driving erratically northbound on Telegraph Road at Long Lake Road.

Wallace told investigators the gun was his wife’s, registered in her name and he does not have a concealed weapons permit, according to the Bloomfield Township Police report released today.

Wallace said he forgot the gun was in the car as he and a friend visited a place called “Club 21” earlier in the night, not specifying the location of the club. After failing a field sobriety test, he told the officers he drank four beers at the club in the previous two hours. Bloomfield Hills Capt. Scott McCanham said reports that Wallace registered a .14% blood-alcohol level on a police breath test were “accurate.”

Wallace is expected to appear Oct. 3 for a pre-examination conference in 48th District Court in Bloomfield Township, according to police. Arraigned on Saturday via video from the Bloomfield Township Police Department, he faces a 93-day misdemeanor charge of drunken driving and a 5-year felony charge of carrying a concealed weapon.

Magistrate Judith Holtz gave Wallace a $5,000 personal bond, and he was released to a family member at about noon after his arraignment, McCanham said.

Bloomfield Township Police records clerk Shawn Gardner said today the department is not yet releasing video of Wallace’s arrest because the case is pending.

Small was the sentencing judge for Jalen Rose, the former NBA star and current ESPN analyst who received 20 days in jail but was released after serving 16 days last month.