Someone is getting lucky tonight

Greg Monroe will represent the Pistons tonight during the annual draft lottery, which will be televised by ESPN at 8:30 p.m. Detroit, who is slotted seventh in the draft order, have a 15 percent chance to move into one of the top three spots.

I’m going out on a limb by saying new owner Tom Gores fantasicness is going to bring enough luck to drop Detroit right in the #1 slot.

Now I don’t have faith in the whole “Lottery” thing.  I just want to see the numbers go in and get chosen on camera.

Why the need for closed doors anyway?  If I want to see the Mega Millions Lottery numbers getting picked I can and they are worth just as many millions as a number one pick.

I’m sure we will be talking about this more but until then, I’m going to find Tom Gores and rub his head. 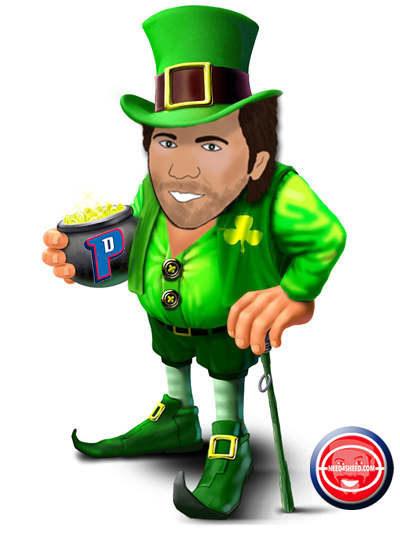