So, right now we are a day removed from the last game that the Detroit Pistons played in the 2010-11 NBA season and boy am I glad that it’s over.  Sure they won more games then they did last season, but I would have gladly chucked 15 games down the drain to have avoided this seasons Buffonery.

“Being in the Doghouse I just wanted come back and play hard for my teammates and my family.”  “Change is on the way.”

All the while Greg Monroe just kept on putting up double-doubles.

And the Worm cried a little.

Now we have a new a new Shiny owner, who likes to dance and says he has big plans.

You’ll hear more from me soon, but trust when I tell you I’m not mourning this team or this season in any sort of way. 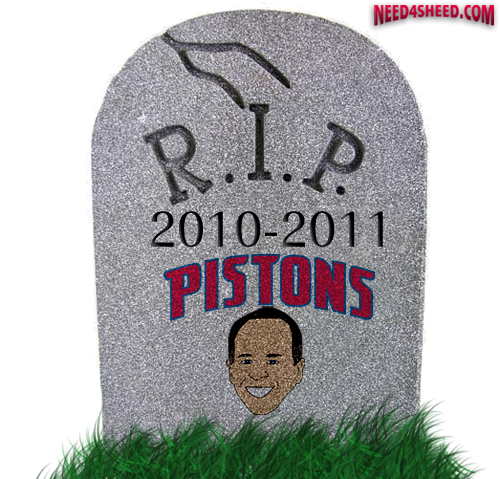