I didn’t even know Michael Redd was still alive.  Wow.  Let me be a little selfish here, tell me what kind of a night you think I’m having:

Chris Wilcox, have a game why don’t ya?  27 points and 13 boards in only 24 minutes!  Wilcox flashed reminders to us tonight of why he was a lottery pick coming out Maryland a few years ago. If you were to tell me it was Chris that was going to single handily handle the point spread in this one I would have bet against it.  He’s an athletic big, it’s just a shame that he is so inconsistent.  Rodney Stuckey followed up his big game against the Nets with another big game tonight. 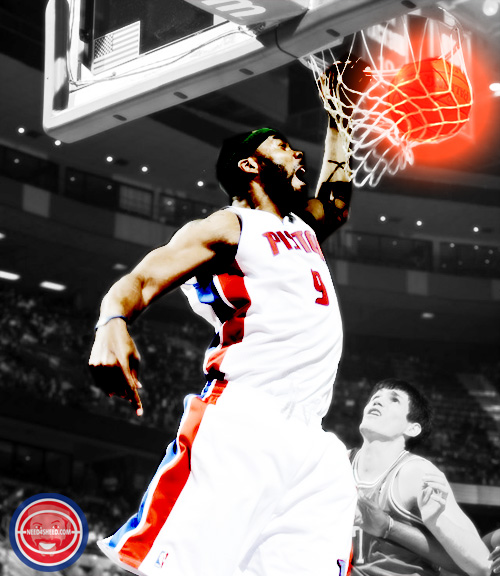 Up next for the Pistons, they travel to Charlotte to take on former Duke Blue Devil Gerald Henderson and the Charlotte Bobcats.

If you have twitter you should follow JoannePistonFan (link) and congratulate her on winning the Jonas jersey from Jonas himself.  Otherwise, have a good weekend and we’ll see you on Sunday for the Bobcats preview.