A Pistons win that nobody sees and Darko’s Ring!

So the Pistons finally won one even with Brook Lopez putting up a career high 39 points against the Nets.

If you weren’t at the Palace Wednesday night, you most likely didn’t get to see this rare no-televised 109-116 victory. So the Best I can give you is the recap highlights from Pistons.com. 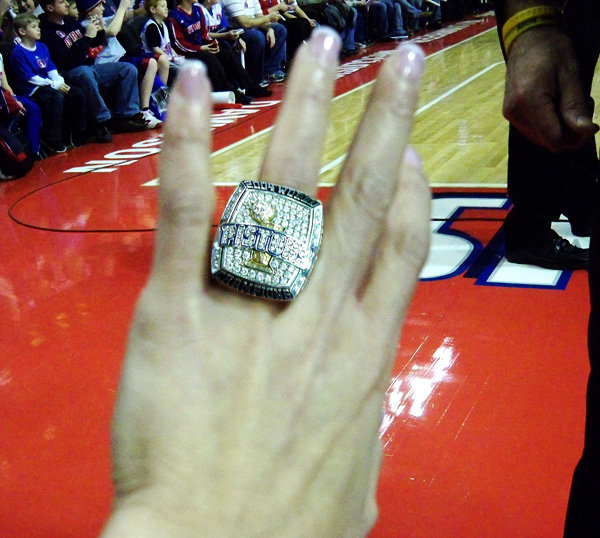 Greg Monroe: “We were having trouble with Lopez and it worked We were able to make a little run and get a little distance coming down the stretch. I would think switching the defense was the big difference. The guys kind of caught their breath sitting back in the zone a little bit and the defense started starting some offense for us, too.”

It was a refreshing break for me, I didn’t see the game nor did I hear it, although it’s just my luck that I’m not at a game that they actually win. It’s been a long season and with all the drama, I’m happy to start fresh (if we can) next year.

If you were at the game, please let us know in the comments.