Rodney Stuckey was benched in today’s game against the Boston Celtics for refusing to re-enter the game Friday night against the Chicago Bulls.  What else does Stuckey have to do to lose the respect of Pistons fans?  Here he is, in his 4th year in the NBA and still acting like an immature young player in a season where leadership and respect is there for the taking.

I just hope the Pistons can get something for him this offseason when he leaves.  I apologize in advance for not shedding the same virtual tears when Rodney leaves as I did when Chauncey and Stuckey’s draft mate Arron Afflalo left the team. Now Kuester doen’t get a pass either, each one of us has a better chance at winning a million dollars playing blackjack online than John Kuester has of returning to Detroit next season.  Now on to the rest of the team, who are now playing out the string and earning time for next season: 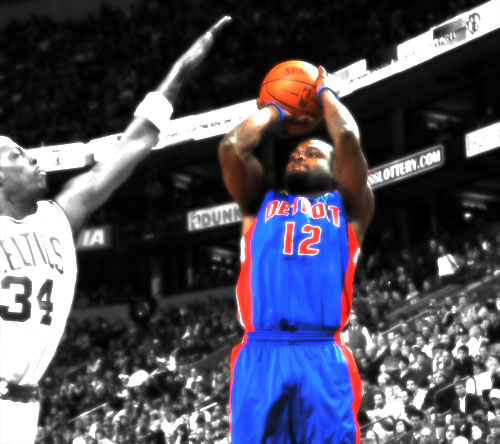 Stuckey: “Mentally, mentally, I’m mentally drained. Hopefully I can get through these six games and we’ll see what happens next year.”  Via The Detroit News

Up next on the Pistons schedule are the young and peppy Wizards lead by newcomers Jordan Crawford and John Wall.  Detroit will have their hands full if Ben Wallace does not play again because of the size the Wizards have on their front line with Andray Blatche and JaVale McGee.

I usually attend the Wizards game when the Pistons are town but this year, I’m going to save my money and watch it on TV.  Stay tuned this week as rumor has it Natalie and I are going to pump out another podcast – I will be there ready to apologize to you all for saying the Pistons would go 9-3 to close out the season and they would make the playoffs.  I’m sure we’ll also continue to talk about Rodney Stuckey, Coach Kuester, how Natalie’s dog saved her life, and more!