Richard Hamilton was back in the Pistons lineup after missing the last game with a death in the family.  He was no help as the Pistons lost to the 5th seeded Atlanta Hawks 104-96 in Atlanta.

Coach Kuester once again utilized the 10 man rotation that helped pull out the win Friday night over the Knicks in Detroit, this time they came up short in crunch time.  The game was tight until the final minutes as Jamal Crawford and Josh Smith nailed key free throws to close out the game for the playoff bound Hawks.

On a bright note, Rodney Stuckey finished with a game high 22 points and tied for a game high 8 assists off the bench for the Pistons.  Super rookie Greg Monroe finished with another double-double (17 and 10) while matched up against the more athletic Josh Smith. 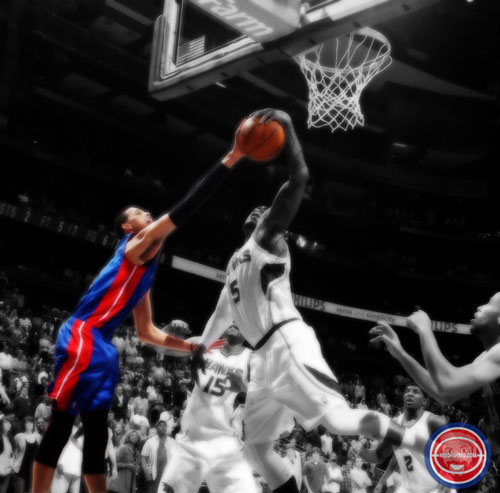 Detroit played well enough down the stretch to claw their way back into the game, but it’s tough to fully overcome such a deficit like 14, especially against a playoff bound team on their home floor.  This Pistons starting lineup seems to work best, it’s just a shame that Monroe is really the only young player on the roster that is capable of starting at this point.  Austin Daye has been disappointing and inconsistent, Rodney Stuckey has been wildly inconsistent when given starters minutes, and DaJuan Summers has been invisible.

Detroit now heads home to face off against Rony Seikaly’s former team, the Miami Heat.  Detroit does not match up well with the Heat in the backcourt but, it’ll be interesting to see how a matured Greg Monroe holds his own against the Miami Heat starting power forward.