So, the musical starting lineups continued with Rip out due to the death of his Grandfather.

This lineup is interesting because Stuckey had previously been the replacement for any missing pieces from the backcourt but also since Kuester starts McGrady at the point, while Ben Gordon coming off the bench behind Austin Daye is also kind of a statement about how the coaching staff feels about Gordon.  Anywho, more about the game later…

Last night was the annual “Pistons Care Telethon” in which during the game the Pistons organization solicits donations from the crowd and viewers from home that go to benefit the Boys and Girls clubs of Michigan.  The donations started at 5am and ran all throughout the game, which helped the organization amass $350,110 in donations.  If you happened to donate during the telethon, you helped a great organization that has helped so many children through the years stay on the right path when we all know it’s so easy for them to fall off so… Great job! 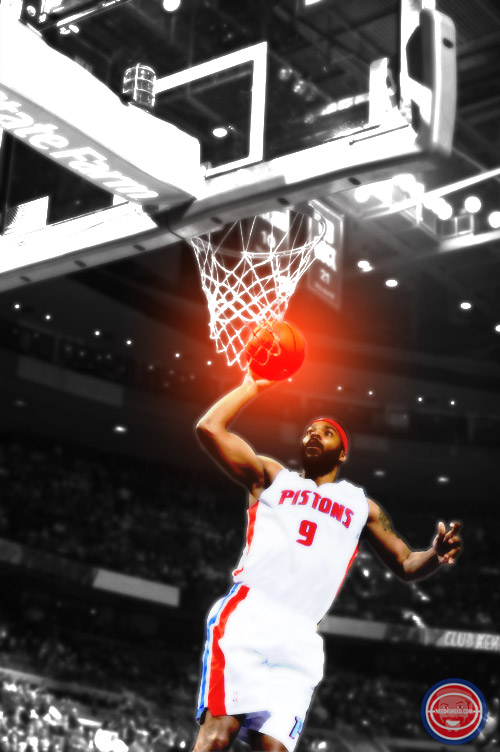 This was a solid win for the Pistons, who at this point are playing the role of spoiler in any win they get meaning – they spoil their chances at a better lottery pick while also putting playoff bound teams in a position for a lower seed in the playoffs.

The Pistons now hit the road after this win to take on Zaza Pachulia, Jeff Teague and the Atlanta Hawks in Atlanta for a Sunday afternoon game.  The Hawks have quietly had a decent season after an offseason in which they significantly overpaid for Joe Johnson.

As always, check in to Need4Sheed for the latest updates on the Pistons while also following Natalie on twitter at @Need4Sheed_com