The ups and mostly downs – Denver over Detroit

Just in case you happened to be watching this one and you may have stepped away from the television set to fix yourself a snack when Detroit was ties with Denver 72 all in the third quarter, you probably thought something odd had happened once your microwave popcorn finished popping.  The Pistons fell apart letting the Nuggets score 21 point to their 2 to finish the third quarter 93-74.

With the 101-131 loss to Denver that make the Pistons dead last in the NBA in field-goal percentage defense.

There truly is no D in Detroit. 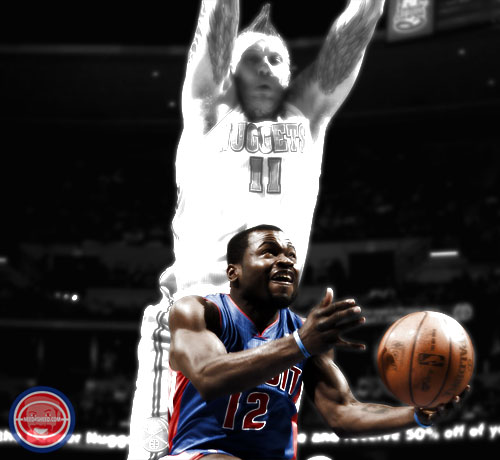 Tayshaun Prince “It is about pride, but when you go out and play like that at the end of the game that is not pride at all. JR Smith is one of my good friends, but when a guy is on fire like that and you continue to let him shoot. One is enough, but our guys out there on the floor just continue to let him shoot. It was our fault because at the end of the third we didn’t finish that quarter off and put them in a bad position for the fourth. You go out there and play like that and let them just pretty much put the quotations around embarrassing. When are you going to step up and do something about it.”

What else can I say that I haven’t already this entire season.  The team is a mess, the ownership issue is holding them back and they are stuck between a rock and a hard place roster wise.  Don’t get too excited about the Draft this year either, this rebuilding plan looks like it’s going to take a lot longer than we hoped for.

Would a win at home against Toronto Wednesday be asking for too much?  Probably.