I’m not going anywhere, but I am branching out with a brand new weekly show on CLNS Radio!  The show is called Sitto and That Sports Babe with myself and Jackie Taylor a.k.a. “That Sports Babe.”  And who better to be our first guest on the show but former Bad Boy and 4 time NBA Champion John “Spider” Salley. 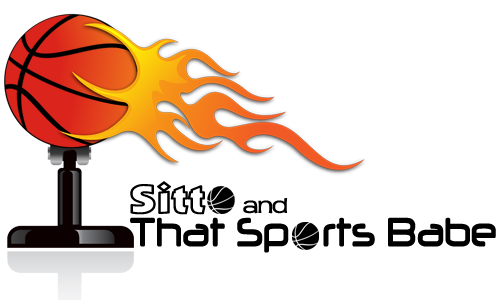 The “Take No Prisoner Twins” team up for new podcast on CLNS Radio!

After a brief hiatus from the broadcasting industry, Jackie Taylor a.k.a. “That Sports Babe” is back with a new attitude…and a new co-host! Natalie Sitto, best known for her work on Need4Sheed.com, has signed on with Jackie for the show entitled, “Sitto and That Sports Babe”.

Every Thursday evening LIVE at 8 PM EST, “The Take No Prisoners Twins” will bring their strong personalities to the airwaves to discuss an array of topics. The two will put their primary focus on the NBA but it will not stop there!

Due to their strong opinions on EVERYTHING ranging from Tim Donaghy’s claim to fame (Jackie) to Brian Scalabrine’s pre game routine (Natalie) they will be taking their talents to discussing the latest in sports headlines as well as pop culture.

Where can you catch the show?

How about North Station Media’s new platform, CLNSRadio.com? Sitto and That Sports Babe will air exclusively on CLNSRadio and their weekly broadcast will offer a live chat, as well as a host blog to stay connected with the hosts! You can also tweet them with questions or comments at @SittoTSB on Twitter.

The first episode of Sitto and That Sports Babe will air on Thursday March 3rd at 8 PM EST with special guest 4-time NBA champion, JOHN SALLEY! Listen to the show live on www.CLNSRadio.com.

We hope to see you there!

You may have noticed the logo on the right side of the site that takes you straight our radio page on CLNSRadio. I’m counting on my fellow Pistons fans to listen in and call in if you wish when we kick it off with Salley on our first episode this Thursday at 8PM.

It’s guaranteed to be SHEEDtastic!