The Sixers take down the Six Pistons

Nowhere does it say that need to write my usual recap for the Pistons 94-110 loss to the Sixers. If you’re like me the past 48 hours of the saga that is Detroit Pistons basketball is enough to make your head spin. There was Dumars trying to work the phones at the deadline for Rip, who didn’t want to play in Cleveland or take their buyout offer and go to a contender. The there was the Dallas offer to trade Tay and his expiring contract for a first round draft pick.

They less than 24 hours later you have mutiny on the court. Team statement or not Rip Hamilton, Tayshaun Prince, Ben Wallace, Chris Wilcox, Rodney Stuckey and Austin Day all “happened” to miss the pre-game shootaround before the Sixes game all citing different reasons.

The reasons are clear…the players don’t want to play for Kuester and they did something I didn’t think I would ever see, they staged their own protest.

Did it really have to come to this? Did they voice their feelings only to get nowhere? Is it truly that bad that they had to do this to a franchise that was already struggling to keep their heads above the water while trying to sell the team to an owner that wants them?

There were so many things going on on the floor that had less to do with basketball Friday night in Philadelphia.

I can’t side with anyone on this, because quite honestly I’m sick of it.

What I will do is commend the six Pistons who gave their all to be professional and do their job Friday night. 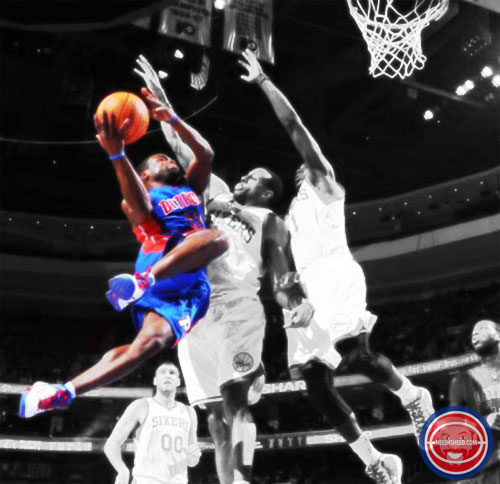 Will Bynum: “It was a tough game, but I’m all right,“I’m a professional basketball player. I’m always ready to do whatever I have to do, play however many minutes I have to play. I didn’t play for two months. You think I was turning down 48 minutes? I ain’t crazy.” “I don’t have any thoughts on anything that’s going on. I just try to stay professional and positive throughout whatever’s going on. You know, because it’s still a business. It’s still my job to be a professional basketball player, so that’s what I’m trying to do.” 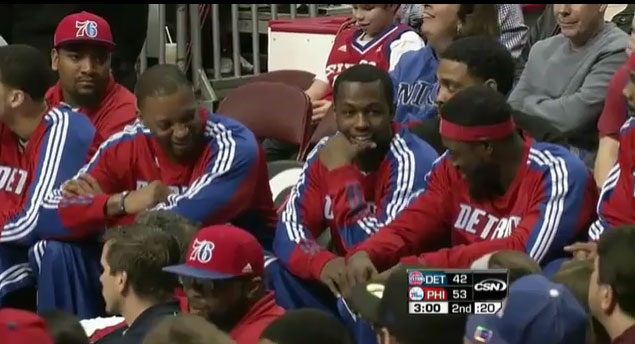 Is this the bottom or does it get worse?