The Pistons finally broke whatever curse that the Pacers had on them Wednesday night at the Palace in their 109-115 overtime victory. Despite shooting over 65% in the first half and looking better than they have looked in quite some time, Detroit managed to let the Pacers back in the game late in the forth quarter. You could say this one went into overtime because of the two not foul calls on the last play that Danny Granger looked like he committed on Tayshaun Prince.

Tayshaun Prince: “I was very surprised, I felt the contact, not just before I shot, but once I shot, too. I was also surprised at the reaction he gave me. But we kept our heads in it in overtime. (Rodney) Stuckey played well for us in overtime, attacking the rim, then (Ben Gordon) hit some tough shots for us, too.” 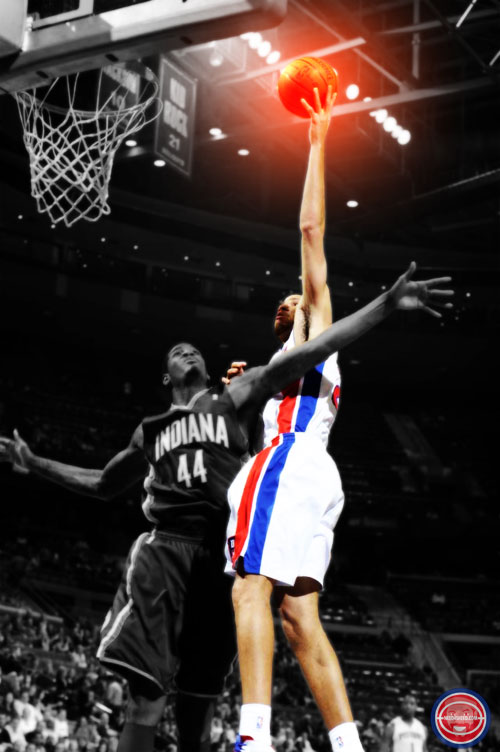