The glad it’s not us recap – Pistons over the Cavs

What could have been one of those games that the Pistons would regret all season, turned into a nice 103-94 victory.  With a great showing the night before against the league best Spurs Detroit could have been the team to finally lose to the Cavs.  Cleveland, who have now lost 26th straight games were even favored by two points against Detroit, but a Rodney Stuckey and the rest of the Pistons didn’t want to be that team.

Stuckey: “We actually showed the clip that ESPN put on, talking about how they were going to beat us. We tried to use that as motivation. We weren’t going to let that happen. We didn’t want to be a trivia question. We just came out tonight and got the victory.” 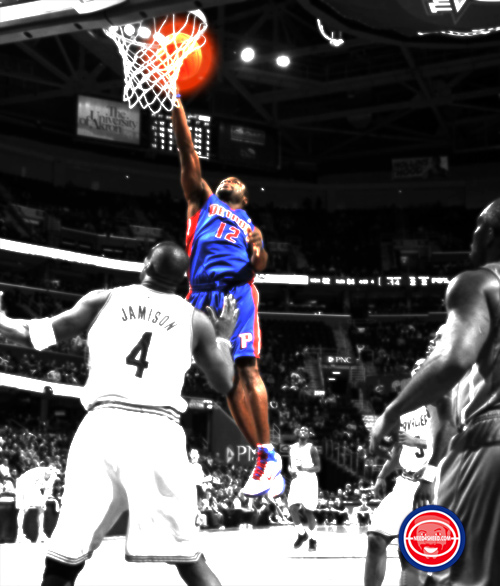 T-Mac: “We played together as a team. The unselfish basketball that we played tonight is what makes us a really good team. Rodney played well. Charlie had a big second quarter for us and the guy that’s really been playing well is Will. Will has been giving us great energy, providing that spark for us off the bench. If we continue to have everybody playing well like that, we’ll give ourselves a chance, night in and night out.”

Miami at the Palace on Friday – Get your tickets now for as low as $6! I smell an upset.