The latest incarnation of the Detroit Pistons’ rotation can be viewed as a bit of a “success” because of the success the team has had since the benching of former starting shooting guard, Richard Hamilton. Despite rumors saying he was benched to avoid injury for a trade, or for being benched for being a poor influence to a young group of players, it’s hard for one to argue that the team has not been better off without Hamilton in the lineup.

Tonight, however, the new lineup could not contain the defending Eastern Conference Champs in Boston. Detroit took a small lead at half after shooting 58% from the field in the 2nd quarter. It was an odd game all around for both teams: Tracy McGrady played 37 minutes for Detroit, Shaquille O’Neal was diving on the floor for loose balls, etc. At the end though, all the strange things that we saw resulted in a familiar sight for Pistons’ fans as Detroit lost to the Celtics in Boston, 86-82. Get to the highlights you’re saying? Sure thing: 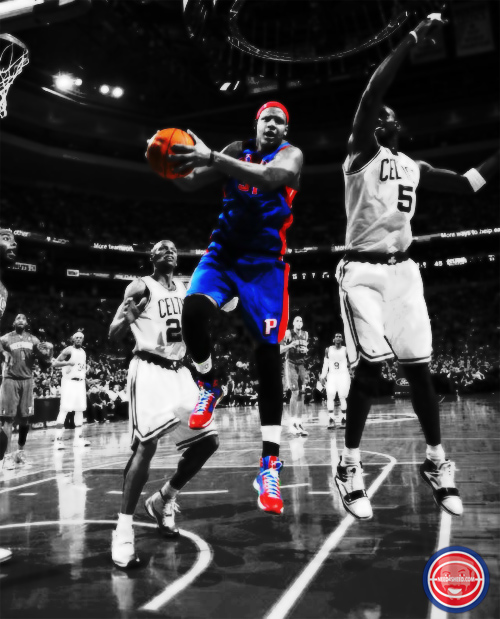 Hopefully Avery Johnson and Rip can share a good laugh during pre-game and maybe even a few pleasantries.  Detroit travels to New Jersey for a Friday night game against Kris Humphries and the New Jersey Nets.