With 3.5 seconds on the clock in regulation and the Pistons down 96-99 the Pistons had a chance. That chance when right into the hands of second year SF Austin Daye who calmly hit a corner three to tie the game and send it into overtime. After Daye tied the game with his triple that sent the game into OT he went on to score the first five points of overtime in the Pistons 109-112 victory over Philadelphia. 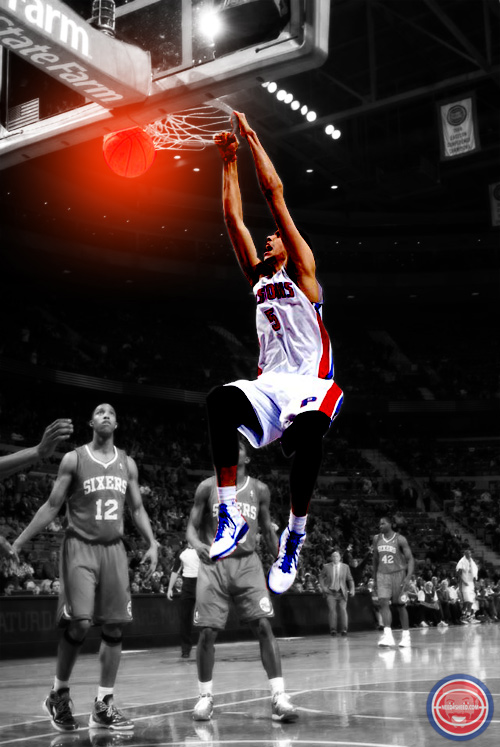 Greg Monroe: “I just kept on working, coming into this league you’ve got to earn everything every day. I didn’t lose focus, things get frustrating, but I just kept on working, kept on learning, got in the games and just tried to do my best. As time came along I started playing more, now I’m finishing games and I’m trying to work to stay in that position.”

[flashvideo file=https://need4sheed.com/videos/flash_video/jan_8_10_prince.f4v /]
Video Courtesy of the NBA and The Detroit Pistons

Kuester: “The thing I was impressed with was we never gave up. We came up and kept battling. The last play ended up Austin (Daye) doing a great job, Rodney Stuckey that did a great job setting up a screen to get Austin open but guys helped each other. Great win.”