Rodney Stuckey will Retrun as The Pistons Starting Point Guard – Do you want him to?

Rodney Stuckey will return as the Pistons starting point guard on Saturday when they take on the Sixers at the Palace.

You either love the idea or you hate it, but let’s face it Pistons fans Rodney Stuckey is this team’s point guard, period.

I haven’t shied away from the fact that I think Stuckey would be better suited as a shooting guard.  Hell, a lot of the time he’s  on the court for Detroit he assumes the role of the two.

It’s not like we didn’t see this coming.  We knew Rodney would resume his roll, but what does the team lose with his return?

They could possibly lose the best basketball play from T-mac since his injury.  Sure McGrady might just come of the bench for Detroit and play just as well as he had when he started in place of Stuckey, but that’s a big what if.

It doesn’t take a basketball genius to see what the offense has looked like with McGrady running things compared to how it flows with Stuckey at the reigns.  Aside from the Phoenix game,  T-mac has been stellar.   I’m giving him a pass on that one considering that the Suns trapped McGrady at the top of the key on just about every possession when he was running the offense and Kuester made no adjustments to remedy the situation. 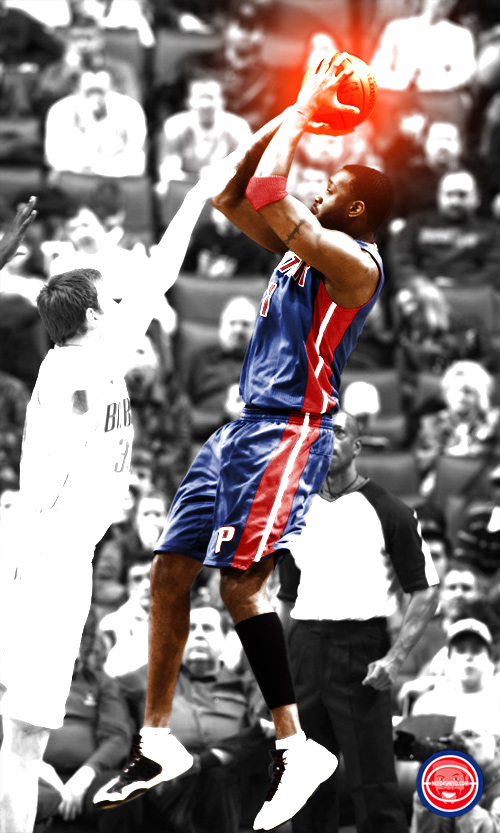 The only reason I would want things to go back to the way they were is if T-mac’s body (knee) couldn’t handle the minutes. But as of right now it seems that Arnie Kander is working overtime and McGrady is getting stronger by the day.

I have heard just about every side of the Stuckey argument and I understand them. Dumars made it clear that Stuckey was his guy. It’s been shoved down our throat that he’s the guy this team is building around. He’s their starting point guard.

If it wasn’t clear enough when he moved the heart of this this team to Denver, it should be now. And just because Stuckey didn’t get an extension means nothing. With the Collective Bargaining Agreement change, very few players got extensions.

I’m certainly not a Stucky basher, in fact I think he’s a great player. I just don’t like him as the Pistons starting PG. Many waited for him to “turn the corner” but is seems as though he is who he’s going to be.

I know assists aren’t everything when it comes to a PG in the league, but it’s very important.

If you look at Rodney’s stats compared to other guard’s in the league you may be surprised.

For those of you who would rather him score…look at the guards at the top of those lists and look at how their teams finished those season.  A good point guard does wonders for a team.

Sure Rodney has gotten better with distributing the ball to his teammates, but there are still plenty of times when he takes the game into his own hands and drives the lane looking for a basket and a foul regardless of who’s wide open.

Then there is also the question, Is T-mac a better leader?