Broken Record – The Jazz over The Pistons

The Pistons always play the Jazz hard, and always seem to come up short. Nothing changed Monday night when the two teams met in Utah, where the Pistons have only won 2 games in the last 20 years there. Just like games in the past, this one came down to the wire with the Jazz pulling it out 97-102.

Kuester on T-mac “I thought he was outstanding. Thought he did a good job at controlling the pace of the game, making good decisions with the basketball. You know 11 assists with one turnover is very impressive.” 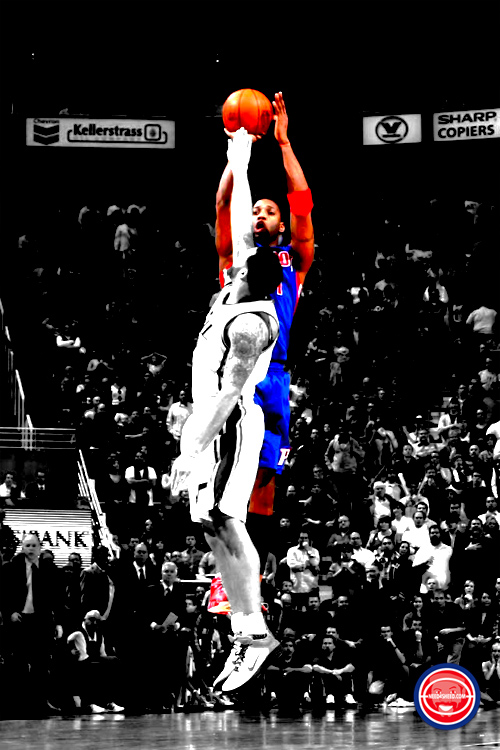 Tracy McGrady: “I think we kind of just lose sight of what we really want to accomplish as far as our execution offensively. We haven’t really put together consistently four quarters. We play well for a half or three quarters but then we always have that quarter that lets us down. That really hurts us at the end. For the most part we played pretty well for all four quarters. I think we kind of lost attention to detail at the end. We gave up a big three to Raja Bell. And execution defensively kind of hurt us a little bit.”

One of the nice things about league pass is you can back up and watch stuff really closely. Ironically, on the feed on the three that shouldn’t have been, there was a player between the camera and Bell’s feet. He did step forward however and on replay it was clear that at least half his right foot, maybe more was on the line. I’m sure if you check the special Stern addendum to the rule book (the one where he changes the rules to screw the Pistons) there is a line about it’s still a three if the left foot is completely behind the line if its the home team in Utah only.