State of the team address: The quarter year edition 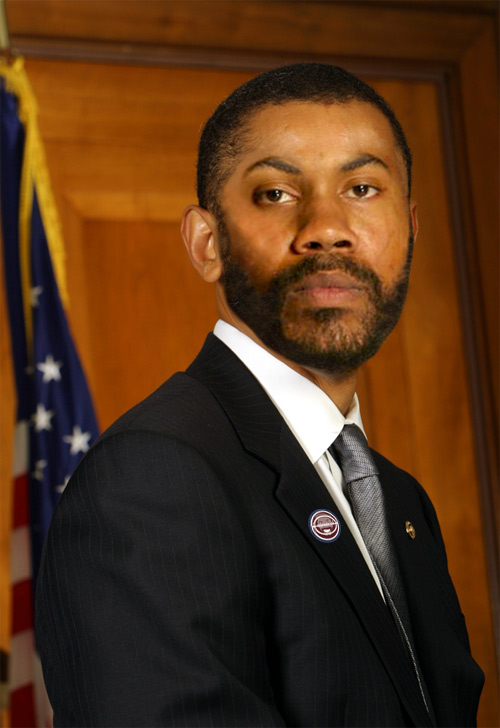 Our Mission Statement declares that from time to time, the content providers of this site shall give to Pistons Nation, information about the state of our basketball team.  For 4 seasons, our content providers have fulfilled this duty.  They have done so during periods of prosperity and tranquility.  And they have done so in the midst of turmoil and depression; at moments of great concern and great struggle.

It’s tempting to look back on these moments and assume that the team’s progress was inevitable.  That the Pistons were always destined to be among the best NBA franchises in the league.  But when the Pistons dealt away Chauncey Billups for Allen Iverson, 50 win seasons were very much in doubt.  When the free agency period crashed with the signings of $11 million and $7 million dollar per year bench warmers, the future was anything but certain.  These are times that are testing the strength of our fandom, and the strength of Pistons Nation.  And despite all of our disagreements and opinions; our harsh words and our fears; we must fight through the negativity and push through knowing that better days are ahead.

Over the summer, I took this position during an offseason that saw the Pistons win 27 games the previous season, a salary cap situation that included what are assumed to be untradeable contracts, a roster that has 4 small forwards and no post scoring big men, and a team that is up for sale.  Experts from across the NBA blogosphere warned that if Joe Dumars did not wise up, this team would be headed towards a new “Teal era”.  5 months later my friends, we are on our way to another disappointing season.

The devastation of questionable moves remains.  They are an eyesore to a fanbase that has seen this team have success in the early part of this decade, and to the nerds who bury their noses in stat books and “per 36” stat projections for players who play 15 minutes a night.  This team is no better than is was at the end of last season, except for the health of the individuals on the roster.  Add to this the fact that the team still remains up for sale, and while rumors still fly about whether Mike Illitch will become owner or not, the team is stuck in neutral without an identity while we draw ever closer to the February trading deadline.

This unsettled ownership situation has also compounded the burden of improving the roster through trades and player acquisition.  Without an owner in place, front office executives are afraid to make moves, to take on salary that could potentially put them in a bad situation once new ownership takes over.

I know about the anxieties that are out there, right now.  They are not new to 75% of the NBA team fanbases, but they are very new for us.  These struggles are the reason I offered to help contribute to this site.  These struggles are what I’ve witnessed during the years of the “Teal era”.  I read about them now on opposing team’s blogs and game threads, the fans of opposing teams who troll our Pistons’ sites now, even though they couldn’t beat the Pistons during their great run from 2001-2008, now brag and boast because they beat the Detroit Pistons.  The toughest to read are those written by people who I have called out previously for “bad shtick”, because now their voices are louder than ever.

We face big and difficult challenges.  This is our rock bottom, folks.  At the quarter mark of the season we are on pace for roughly 27-28 wins if the team keeps pace.  The team has shown flashes of brilliance sometimes, and they’ve shown absolutely no effort other times.  I still believe.  Change can happen.

I believe that with the right changes, this team can turn it around and become a playoff team next year (if not sooner).  The team has the pieces in place, with players like Ben Gordon, Austin Daye, Greg Monroe, Rodney Stuckey, etc who can shoulder the burden of carrying this team into the next generation.  The team is built on the strength of the unit as a whole, not as individuals.

It is time for this team to stop playing as individuals, and to come together as one.  Moves need to be made but more importantly, the team needs to be sold so the front office is stabilized.  We need to be patient, as a fanbase.  Improvements will happen.

As always, I look forward to your thoughts on how the season is going.  The team has been a disappointment so far but, anyone who expected them to win 15 of their first 20 games and is now criticizing them for not accomplishing it, is likely more of a problem than the team.  The team is behind pace for my 30+ win prediction, but they are who I thought they were.  The roster is unbalanced, the coaching staff seems to be missing the point of having young players on the team during a rebuilding period, and the front office can’t make any moves.

The state of the team is: not good, with a few players performing above expectations while most are performing below.  The team may or may not need a new coach.  Until the talent improves, there is no way in telling what Coach Kuester can actually do to help this team succeed.

In closing, I want to preach patience.  Sure, things could be better but they could definitely be worse.  I appreciate how civil everyone has been in the game threads, game recaps, and during the live chats.  These are trying times for us, as Pistons fans.  We will once again rise up, and fire up that bandwagon again (for all the ass cats).  I promise you.