When the Pistons took the court against a Magic team that were bit by the flu bug, there was a good chance they could add a W in the win column.  Well, these aren’t the good old days…or the old days, or the dare I say the almost teal years.  With Dwight Howard, J.J. Redick, Jameer Nelson and Mickael Pietrus out for the Magic, they still handily beat the Pistons on their home court 104-91.

Kuester – “We’re searching every possible way and Will is somebody who is going to be a part of this before its all over. Were trying to get a number of guys opportunities and find the right combination of guys that are going to play together. That’s the most important thing. We came into this game and talked about taking care of the basketball. 24 assists and only 13 turnovers and we’ve been consistent that way now we got to get our defense squared away.” 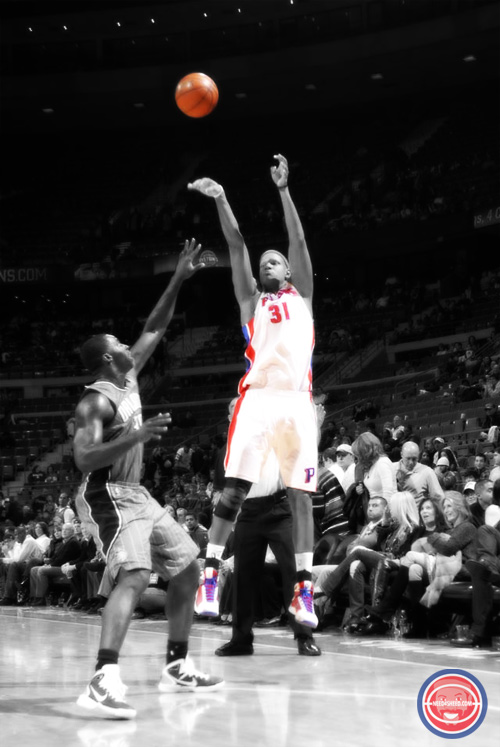 Villanueva – What can I say, I guess they just wanted it more than us. They were short-handed, they came ready to play. It seemed like it was hard for us to get into a flow out there. Everything seems hard for us. I have no idea what it is. It’s just hard, it’s hard. I can’t put my finger on it.
Just the fact that us losing in Orlando the way we did, I thought we would come back and put a fight up, now they were short-handed. I don’t know, man, I don’t know.