Pistons fall short in double overtime against the Knicks

The Pistons were trailing by seven points late in the fourth quarter before something, or should I say something clicked.  Tayshaun Prince scored with 23 seconds left in regulation to tie the game at 99 all and send the game into overtime.  If one time wasn’t enough,  Prince hit another basket and got fouled for the three point play to tie the game again and send it into a second overtime at 109 all.

That was just all that the Pistons could muster, as the Knicks hit a barrage of three pointers to pull away and finish the Pistons off 125-116 at the Palace. 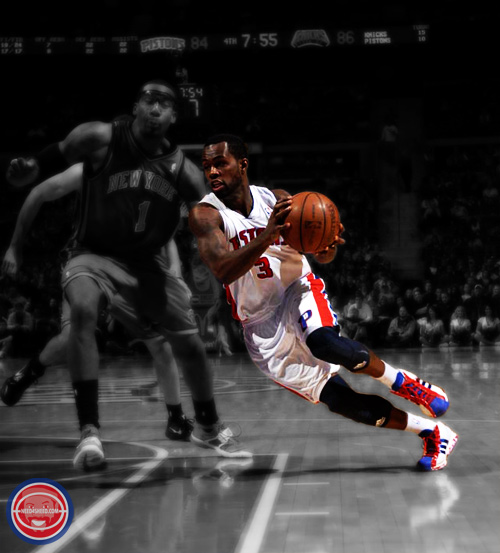 “With the Knicks playing small, that first-half performance convinced John Kuester to start McGrady in the second half. McGrady said after the game that a leg muscle tightened on him – nothing serious, he said, but it felt like the building was cold – and he couldn’t get it going again. But his first-half outing was another step, he felt, toward a breakthrough.” Via Pistons.com