They are who we thought they were – C’s pummel Pistons

In a game where the final score was not as bad it could’ve been, the Boston Celtics beat the Detroit Pistons 109 – 86 in a game that proved exactly where the Pistons are right now as a team.

This is a mediocre team right now that is lacking heart and drive to fight through some early season adversity to get to their first win.  The roster, as Nat and I have been saying all offseason, is unbalanced and full of talent but none of them have stepped up and taken the leadership role that’s required of a good team.  I could rail on all day about this but, I’ll re-cap the game: 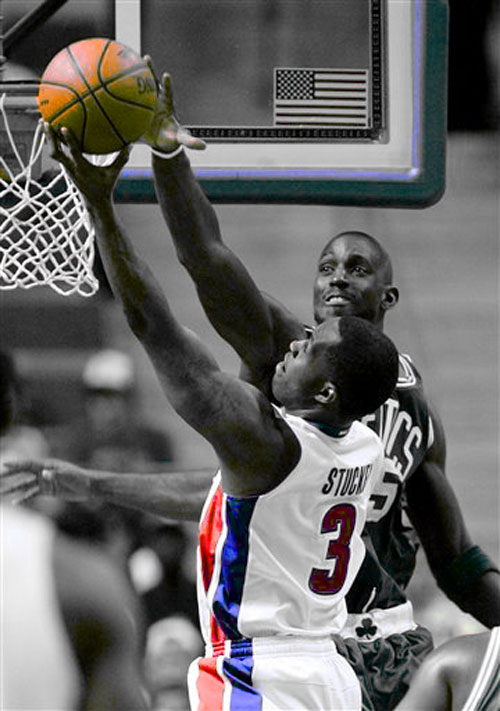 So, the re-cap is short I know it is.  I don’t think any of us want to watch a replay of last night’s game, let alone discuss it in great detail.  I’m sure I’ll be railed against for thinking Rondo is a good point guard and people will try to tell me it’s because he’s playing with good players, which to an extent is true.

The fun doesn’t stop tonight either because after last night’s debacle in Detroit, the Pistons get to travel to Atlanta to play against a Hawks team that has started off the season 3-0 under new coach Larry Drew.  The Pistons will likely be without Richard Hamilton, Will Bynum and now Tracy McGrady who came down clutching his knee last night.