No, that wasn’t the final score.  That was the free throw difference on the night.  The Oklahoma City Thunder went to the free throw line 44 times compared to the Pistons 20.  The Thunder converted 21 more times from the line than the Pistons did.  Credit the Thunder for being aggressive on the offensive end when their jumpshots weren’t falling but let’s be honest… Isn’t Durant getting the LeBron treatment with the refs?

Rodney Stuckey and Ben Gordon had one of the best games in recent memory, and it wasn’t enough as the Thunder beat the Pistons 105-104 on a layup by Jeff Green with just over 2 seconds left in the game.  Unlike last night, where the Pistons were given the opportunity for the last shot, but couldn’t convert, tonight they were given a chance to run a play with under 10 seconds and actually achieve a positive outcome. 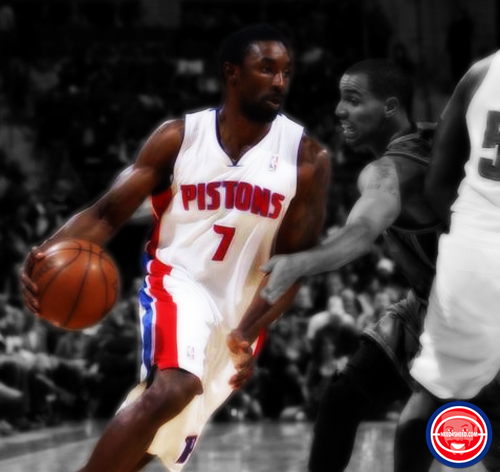 With the score 103-101 Thunder leading and 14 seconds left in the game, the Pistons inbounded the ball and passed off to Ben Gordon who drove his man to the basket.  As Gordon blew by his man, Thabo Sefolosha left his man (Charlie Villanueva) alone in the corner for the drive and kick corner 3 to put the Pistons up 104-103.  Then on the next inbound play, Jeff Green, who had shot poorly for the better part of the game, was able to take Jason Maxiell off the dribble for a layup to win the game for the Thunder.

Tough loss for the home opener of the 2010-2011 season for the Pistons but, there’s reason to find some hope in this loss.  Although it’s clearly evident that the Pistons need front court help (Villanueva was the only “big” who had double figure points), the guards (Stuckey, Gordon and Hamilton) are making the most of their chances on the floor and converting at a high percentage.

Join me later on tonight for the Live Game Chat as the Pistons travel to Chicago to face the Bulls, in their home opener.