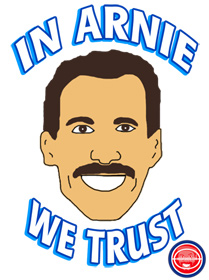 Basketball fans in the great state of Michigan don’t expect their players to go injury free all season long, but what they know they can count when they do is that the Pistons have one of the best, if not the best strength and conditioning coaches in the NBA.

Players with chronic injuries, possible career ending injuries or players that are playing in the twilight of their careers tend to know just what our behind the scenes gem can do.  Just ask Antonio McDyess, Chris Webber, Ben Wallace or (lets hope) Tracy McGrady just what Arnie can do.

Sure he may have some voodoo like remedies for what ails them, and he may push players to their limits, but the man shows results.

The newest member of the Pistons to be Arine’s patient/pupil is Jonas Jerebko.  The unfortunate injury in the Pistons first pre-season game that has sidelined The Swede for what looks like the entire season was something that both Jonas and the Pistons didn’t need.  Besides rooting for the speedy and full recovery for one of our favorite players, we can be confident in the fact that he’s in the best hands possible.

It seems as though Arnie really has taken matters in his hands by inviting Jonas to stay at his home during his rehab.  Yes…Arie and Jonas are roommates.

If that’s not taking your work home with you I don’t know what is.

So the new friends will work and live together.  And if that wasn’t good enough…it will be documented . 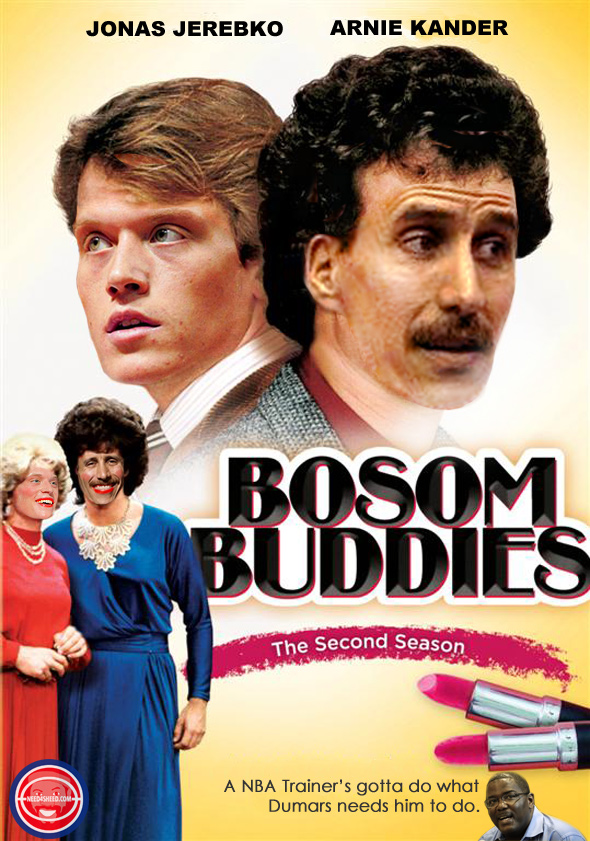 Ok so that’s not entirely true, but this 80’s reference to Tom Hanks start was the first thing that came to mind.  Now I’m not implying anything when it comes to the cross dressing, but Arine really does make a for a handsome woman.

If you didn’t think that Kander was a special kind of guy, this is all the proof you need.  As we say in Detroit…In Arnie We Trust.